The biggest surprise to “Shutter Island” is that Ashton Kutcher’s name appears nowhere on the credits as a producer. If ever there was a movie that punk’d its audience, this is it.

And punk’d is exactly how viewers will react. Near the end, director Martin Scorsese yanks the rug out from under you. Absolutely nothing that came before it in this suspense thriller was what it seemed. 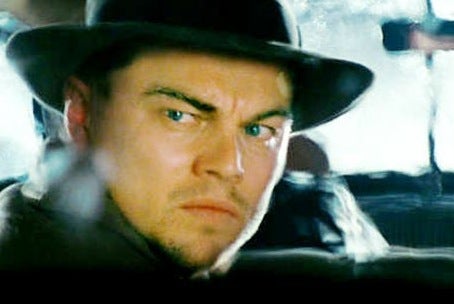 Now, there’s good punking and there’s bad punking. The distinction resides in the cleverness of the execution and one’s satisfaction with the rightness of the big, final reveal.

When done right, audiences will actually want to watch the movie again to make see how all the pieces fit.

That was certainly the case with “The Sixth Sense.” Ditto “The Fight Club.” And remember the 1987 thriller “No Way Out,” in which you’re so won over by the devastatingly sexy charm of a young Kevin Costner that the ending — in which Costner is revealed as the movie’s actual villain – leaves you gasping at how brilliantly you’ve been manipulated?

On the other hand, think of how “Sixth Sense” director M. Night Shyamalan failed so thuddingly when he laid on his switcheroo at the end of “The Village.” It was like Bobby’s waking up from the it-was-all-a-dream season on TV’s “Dallas.” No style at all.

“Island,” based on a novel by Dennis Lehane (“Mystic River,”“Gone Baby Gone”), begins promisingly enough. Scorsese’s current fave leading man, Leonardo DiCaprio, portrays a U.S. Marshal who in 1954 ferries over from Boston to nearby Shutter Island, the site of a federal penitentiary housing the criminally insane. He’s there to investigate the mysterious disappearance of a female prisoner who was locked up after murdering her three children.

Paranoia runs deep — and not just among the mental patients. Our lawman hero soon begins having flashbacks to the horrors he saw as a soldier during WWII, when he helped to liberate a concentration camp. He’s also haunted by visions of his dead wife (Michelle Williams), who perished in a fire.

And that’s just the stuff going on in his mind. Throw in a hurricane, crashing waves, rats pouring forth from a cliffside cave and doctors with suspiciously Germanic accents and you have one heck of a lot of diversionary paths upon which to travel before arriving at the movie’s final gotcha ending.

Some “Island” viewers inevitably will love that, in the end, nothing is as it seemed. As with “Sixth Sense,” these fans will sift through the film scene by scene, figuring out where and how clues to the actual resolution were dropped. And as with “Sixth Sense,” they’ll go back a second time just to see how carefully the groundwork was laid for the final revelation.

I am not among them. “Island” is a tarted-up genre picture, with Scorsese working below his gift — though his prodigious talent is certainly evident in the stylishness of the shots and the creepiness of the atmosphere.

But the trick ending isn’t clever enough to justify the increasingly tedious hokum that precedes it. When we’re finally through with all the bait and get to the switch — which, in itself, takes way too long to play out — it feels like a cheap cheat.

“Island” may be opening in February, but it’s an April Fool’s Day bamboozle gone wrong.