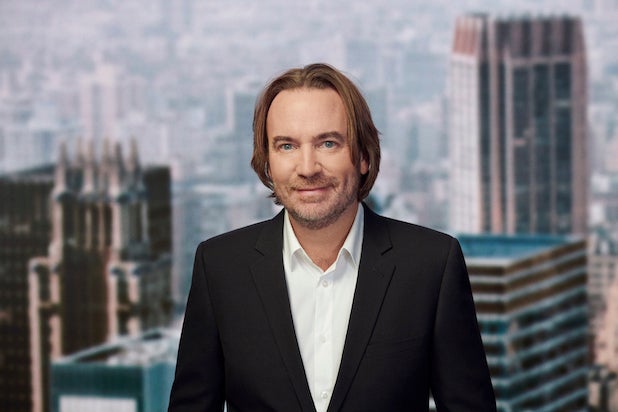 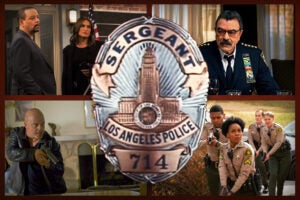 Advertising-based video on demand, which has often been looked at as the ugly duckling of streaming, has increasingly started to look attractive to viewers.

Some of that is due to the coronavirus pandemic forcing millions of people to spend more time on the couch, searching for shows and movies to watch,  with budget-conscious viewers now looking for more content without having to pony up more money.

Pluto TV CEO Tom Ryan knew it was a “contrarian” move to launch an AVOD service in 2013, right as subscription streaming was taking off. Last year, ViacomCBS acquired the service, which already had been on the upswing. In May, ViacomCBS reported Pluto TV hit 24 million active viewers — up 55% from the same time the year before. By the end of 2020, ViacomCBS is aiming for Pluto TV to hit 30 million active viewers.

“There’s no doubt in my mind we’ll hit the 30 million number by the end of the year,” Ryan recently told TheWrap.

He also has no doubt ad-supported TV will still have a place in a streaming world dominated by Netflix and other SVOD services like Disney+ — a hunch that now appears to be panning out.

“Consumers are experimenting with watching video on different services and different devices,” Parks Associates research director Steve Nason recently told TheWrap. “We anticipate a number of changes to occur, including higher consumption combined with reduced spending per month on services, which could boost ad-based services, as well as shifts in what content consumers are watching.”

The Los Angeles-based Pluto has seen a “significant double-digit” percentage increase in time viewers spend watching its service each day during the pandemic, Ryan said. Pluto TV, which now has more than 200 free channels and thousands of free movies on demand, has also seen a 74% surge in time spent watching its news channels during the pandemic.

“I’m not going to stand here and say we’re going to be a bigger business than Netflix in terms of revenue,” Ryan added. “But I don’t see why, as streaming continues its meteoric rise, and as consumers use a handful of apps — only a few of which they’re willing to pay for — that Pluto TV shouldn’t be in the vast majority of those streaming households.”

Still, the pandemic has also raised some concerns, in particular: How will the ad-driven service be able to weather an overall downturn in the media advertising market? With that in mind, TheWrap recently checked in with Ryan to see how Pluto TV is faring during the pandemic.

The following conversation has been lightly edited for clarity.

Are there any streaming trends that stick out over the last few months? Perhaps certain genres that are getting more attention?

Pluto TV is a broad-based streaming service, with hundreds of live channels covering all genres and thousands of TV shows and movies on demand, so it’s a holistic service that really has something for everyone. It’s also, in a climate like this where people are cooped up at home as well as budget-conscious, given the uncertainty of everything going on, people are turning to the free streaming in greater and greater numbers. And people are using free streaming both to educate themselves — to stay in touch with the news cycle — as well as to escape the news cycle, because obviously the news cycle can be depressing.

This dichotomy, where we’re seeing genres spike in terms of usage — on the one hand, news usage has doubled essentially after the pandemic was declared — and at the same time, we saw significant spikes in certain categories like Binge Watch, which is one of our categories where we have channels that are essentially dedicated to certain series [like “The Hills,” “Forensic Files,” and “RuPaul’s Drag Race”]. Binge-watching, at least in the Pluto sense, and just general entertainment viewing, has spiked as well by significant double-digit percentages as well. We saw people using Pluto for both of those purposes [news and entertainment], and it makes sense, given the time we’re living in.

We’re about a year removed from Pluto TV joining the ViacomCBS fold. How has that relationship helped Pluto TV grow?

The key areas where we were excited about working with Viacom, and the key rationale for the transaction, were content, ad sales, international expansion, and I’d also say channel brands. We have added dozens and dozens of channels, I think about 50 Viacom and CBS channels, on the platform. We brought world-class brands, as well as world-class content that’s not available anywhere else to Pluto TV, which really helps to differentiate us from other services out there. We have Pluto versions of MTV, Comedy Central, Nickelodeon and BET, as well as expanding our relationship with CBS, which pre-dated our merger, but now we’ve been adding local CBS news channels as well, from L.A. to New York. The dial has been vastly enhanced and we’re seeing significant consumption, [all] while remaining a neutral content platform for all content platforms.

Ad-supported media businesses have been rocked by the coronavirus. How has Pluto TV been able to weather that storm so far — if it has?

We have been able to. I’ll leave [ViacomCBS CEO] Bob [Bakish] to disclose whatever financials he does on the earnings calls, that’s no longer my job to do. (Laughs) But what I can say is this: During the first few weeks of the pandemic, we saw a softening [in the ad market], but we bounced back in the ensuing weeks, and I think it’s fair to say we’ve shaken off any softness we’ve temporarily seen in the ad market with respect to Pluto. Which actually surprised us because we expected it to be a more difficult few months, at least, because of the softness in the ad market generally and the fact that we’re an ad-supported business only. But we’ve been jumping back to pre-pandemic levels, and we feel very fortunate that people are flocking to the service and advertisers are seeing great value in getting in front of our audience.

AVOD is often compared unfavorably to SVOD services. Is there a notion you’d like to push back on about AVOD?

We’ve been underestimated and misunderstood since we launched the company. Part of the reason we’re called Pluto TV is because we embrace being this underdog and proving the conventional wisdom wrong. We were free in the age of paid when we launched, and we were linear in the age of on-demand. At the time we launched, people said linear was dead, ads are dead, the future of TV is essentially going to be SVOD, no ads, just SVOD only. We saw the movement toward people connecting their TVs through the internet in greater and greater numbers, and the move towards streaming, [while also] looking at all the things television had traditionally done right for so many decades, in terms of giving you a great place to go for programmed content that suited your interests, and leveraged advertising as a way to pay the freight for a lot of the big content that people have watched and enjoyed over the years.

For us, it all made sense and we stuck to our gut on those insights we had, contrarian as they may have seemed at the time. I’m thrilled AVOD is now a category that’s getting so much traction with consumers and content partners and is finally recognized for being a real opportunity when it was poo-pooed early on. But I think it’s still vastly underestimated. Free, ad-supported streaming television is the single largest opportunity from an audience perspective in streaming. Full stop. Because as people are creating their own bundle of streaming apps — the average house uses 4-5 streaming apps, but are only typically willing to pay for 2-3 of those. Pluto TV allows you to have hundreds of high quality, premium live channels and thousands of shows and movies on demand, all for free.

There’s no reason that every streaming household should not have Pluto TV, particularly as the content and the distribution of the product get better and better.