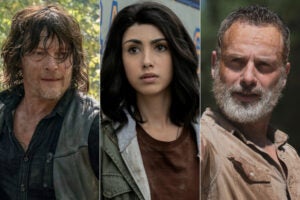 No future job cuts are being planned, according to MRC co-CEOs Modi Wiczyk and Asif Satchu

PMRC will lay off about 50 “operational” jobs as part of the merger that brings Variety and The Hollywood Reporter under the same parent company, according to a memo sent from MRC co-CEOs Modi Wiczyk and Asif Satchu on Thursday.

“Unfortunately, we will be saying goodbye to some of our colleagues today. It’s very sad to share this news, and we feel it’s important to offer as much clarity as possible,” Wiczyk and Satchu wrote. “As these brands transition to PMRC, our focus will be strengthening the profitable growth powered by first-rate journalism. In order to support this, and plan for sustained long-term success, we believe it’s best to leverage the PMC publishing infrastructure and teams — thereby reducing some of those functions and layers inside MRC Media.”

Wiczyk and Satchu said that “most of the approximately 50 jobs being eliminated” are “operational,” and that no future job cuts are planned. Affected staff will receive exit packages with severance, up to six months of COBRA insurance reimbursement and assistance with job placement, the memo also said.

On Friday, when Penske Media will officially take over THR, Billboard and Vibe as part of the merger, staff will participate in a town hall with Jay Penske to discuss any further questions.

“As tough as this is on all of us, it is important that we do this now, so that we can embark on a successful future,” Satchu and Wiczyk wrote.

Last Wednesday, PMC and MRC announced that PMC would be taking over THR, Billboard and Vibe under a new “joint venture” called PMRC. As TheWrap reported on Wednesday, Penske secured the deal for $100 million and has 51% ownership.