The Pokemon-catching augmented reality game for iPhones and Androids launched in July 2016. It generated $905 million in revenue globally last year, a report from SensorTower noted this week.

Despite widespread stay-at-home orders persisting into the summer, “Pokemon GO” has kept players engaged by updating its game to allow virtual battles and item collection (previously, players needed to meet up within a physical radius to face off or explore their surroundings with their phones to gain new items).

“In the first half of 2020, Pokémon GO has already generated $445.3 million, putting it on course to match or even exceed the record spending it saw in 2019. That’s despite the global COVID-19 pandemic and lockdowns, which led to Niantic implementing more stay-at-home functionality so consumers could continue playing despite not being able to leave the house,” Sensor Tower mobile insights strategist Craig Chapple said.

Chapple said that as some cities begin to ease lockdown and quarantine restrictions, “Pokemon GO” revenue could be even higher. “As many parts of the world come out of lockdown, Pokémon GO could see a surge in revenue, as it already has done in May and June,” Chapple said. “Far from being a fad, this blockbuster continues to build on its tremendous success.” 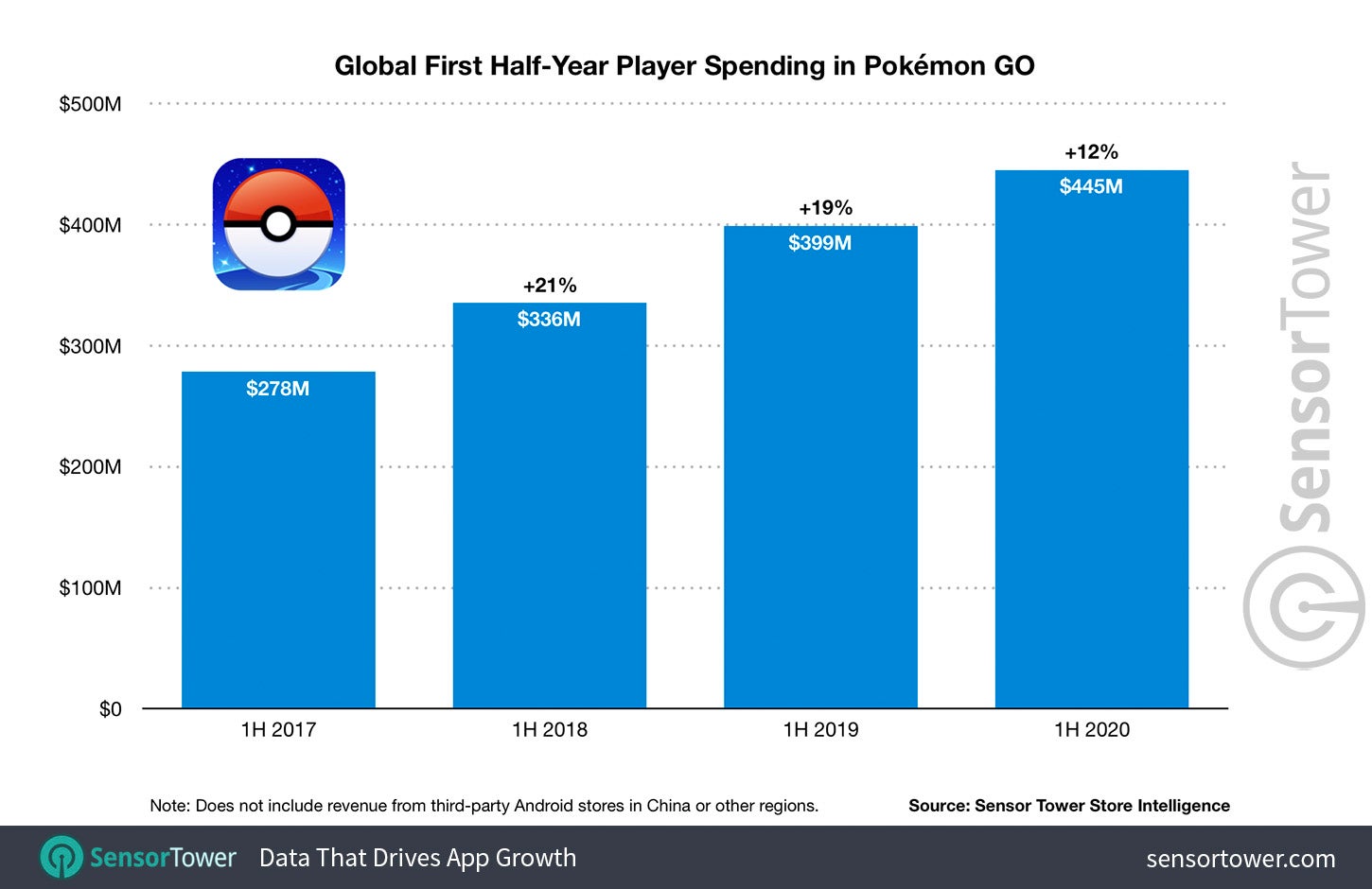 Since its 2016 launch “Pokemon GO” has been downloaded over 576 million times across the planet. Nearly 78.3% of those installs were on Android’s Google Play store.