A court denial late Thursday of Roman Polanski’s latest petition could see the Oscar winning director back on U.S. soil within months.

The California 2nd District Court of Appeal rejected Polanski’s March 18 petition for an inquiry into alleged prosecutorial misconduct during his 1977 trial for raping and sodomizing an underage girl. 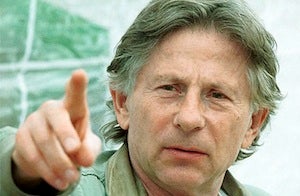 The 76-year old French-born director, who fled the United States on a Europe-bound plane out of LAX on Feb. 1, 1978, also sought to be sentenced in absentia.
The court, which posted the decision on its website, did not issue any opinion in the case beyond “denied.”
Polanski, who is under house arrest in Switzerland after being detained at Zurich airport on Sept. 26, 2009, on the request of U.S. authorities seeking to extradite him, now finds his fate in the hands of the Swiss.
Officials in the northern European nation have been saying for months that they would not make any decisions until Polanski’s appeal was ruled on. Based on comments from the Swiss Foreign Ministry in March that such judgments are usually made within a year of the individual’s arrest, that may be made by September.
"I can’t tell you much today," Swiss Justice Ministry spokesman Folco Galli told TheWrap early Friday morning "we will have to study the decision and make our conclusions."
When asked when those conclusions would come, Galli simply answered, "I don’t know."
The court’s decision was a response to a 68-page petition filed in March, asking the court for inquiry into alleged prosecutorial misconduct during Polanski’s 1977 trial for rape.
The petition also sought to overturn Judge Peter Espinoza’s ruling in January of this year that the director was a fugitive from justice and could not be sentenced without having to return to California.
On March 30, D.A. Steven Cooley’s office issued a scathing response to Polanski’s petition rejecting any change in Judge Espinoza’s ruling and demanded “defendant Polanski present himself to the jurisdiction of the Superior Court.”
At the time, the DA’s spokeswoman told TheWrap that, after the district attorney’s office response, the court could "request more briefs, make a decision or schedule a hearing.”
On Thursday, they took Option Two.
In a brief statement from the D.A. late Thursday, spokeswoman Sandi Gibbons said the office felt that "the appellate court read the briefs and made what we feel is the appropriate decision.”
Legally, the last recourse the director now has is to appeal directly to the California Supreme Court. TheWrap received no response to requests to Polanski’s lawyers to comment on the decision or what they planned to do next.
Earlier in the day, the court had rejected the effort of Polanski’s victim, Samantha Geimer, to have the charges against Polanski dismissed.
In a bizarre sideshow to the case, French media are claiming that the Polanski case has reached the direct intervention of the upper echelons of power. According to L’Express, while in Washington for the Nuclear Security Summit on April 12, French President Nicolas Sarkozy hand delivered to President Obama a letter from Polanski himself requesting clemency.
The Paris weekly doesn’t indicate if the president, who legally has little authority in the matter, actually got the letter or if he read it. Late Thursday, a White House source told CBS Radio that the story was false and the passing of any Polanski letter from Sarkozy to Obama “did not happen.”
x
Looks like you're enjoying reading