The director of the documentary "Roman Polanski: Wanted and Desired," Marina Zenovich, has headed to Switzerland to continue shooting footage of the controversial legal saga surrounding the Oscar-winning director who was the subject of her movie. 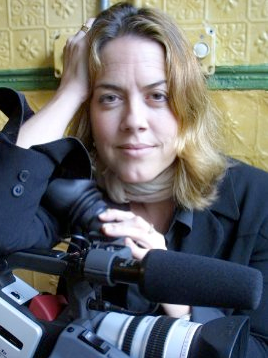 Zenovich, who wrote and directed "Wanted and Desired," has headed overseas to document the arrest of Polanski and to chronicle what happens next, according to one of her representatives.

Also, producer-director Brett Ratner ("X-Men: The Last Stand") has signed on as producer of the new documentary.

"Wanted and Desired," released last year, has played a key role in the renewed activity surrounding Polanski’s 31-year-old case over unlawful sex with a 13-year-old girl.

The documentary, which aired last year on HBO, suggested that the judge in the case, Laurence Rittenband, was starstruck by the media attention back in 1977 and that he furthermore violated the terms of a plea bargain struck by Polanski before he fled the country.

The documentary led to a new motion to have the case dismissed by Polanski’s lawyers earlier this year. The motion was denied, with a judge saying Polanski first had to appear in court. (Rittenband is now deceased.)

That decision is on appeal with the California Supreme Court.

Petition for the Release of Roman Polanski