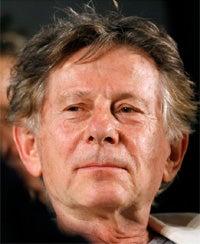 Today could’ve been the day all the drama ended and Roman Polanski received his sentence in absentia. Or so the crowd of trial media and court watchers gathered in  L.A. Superior Judge Peter Espinoza thought.

The judge, a sad-eyed man whose melancholy seemed heightened by his black bowtie, had other ideas. After a 20-minute hearing Espinoza only said he would accept briefs for and against sentencing the director, and announce his decision January 22.

"It’s not clear why we’re here," he had said to Polanski attorney Chad Hummel when the hearing began. "Why don’t you enlighten the court?"

Hummel proceeded to ask Espinoza if the bench will order an evidentiary hearing into charges of judicial and prosecutorial misconduct stemming from Polanski’s 1977 plea offer for the sexual assault charges relating to a 13-year-old girl.

The lawyer also said he wanted to know if the District Attorney’s office had begun an investigation into the misconduct allegations, as recommended by a state appellate court panel.

Deputy D.A. David Walgren offered a tart response: "The people have never shied away from airing any allegations about this case at the appropriate time and place … but not at the defendant’s choosing. He needs to waive extradition and come back here."

Judge Espinoza was likewise unmoved, and when Hummel brought up the justices’ ruling that outlined how Polanski could receive a sentence without leaving his Swiss chalet, said he regarded the appellate panel’s mention of this possibility a suggestion, not an instruction.

"I had no intention  of calendaring this motion," Espinoza said. "The first thing I need to receive is a letter from Mr. Polanski, notarized . . .. otherwise we’re just four lawyers talking."

Hummel then sped things up by producing exactly that letter, whereupon Espinoza asked Hummel to submit a brief in support of in absentia sentencing by January 15, with Walgren’s objection due January 19. Then, on January 22, Espinoza will announce his decision.

The judge could then sentence Polanski to time served, in which case the auteur would be a free man. Or Espinoza could completely reject the motion for in absentia sentencing. He could also, intriguingingly, sentence Polanski to up to two years in state prison. The ball would then be back in the court of Swiss justice authorities, who would have to decide whether to grant the American request for Polanski’s extradition.

The extradition treaty between the two countries leaves it up to the discretion of the Swiss whether to extradite if a detainee’s original sentence was less than six months — which is exactly what Polanski’s side has been saying of his 1977 plea offer. If Judge Espinoza rejects Hummel’s brief, everything will go back to square one — with all the pressure on the Swiss.