A Los Angeles Superior Court judge on Friday denied Roman Polanski’s request to be sentenced in absentia for a 1977 sexual assault charge. 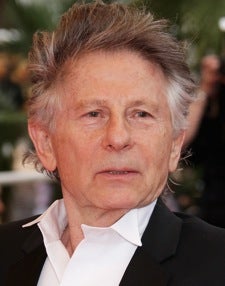 In his ruling Friday, Los Angeles Superior Court Judge Peter Espinoza told the packed courtroom, "I choose to insist on  the integrity of the judicial system that he appear. The motion is denied."

Espinoza said he did not disagree that "the intended sentence was the time served at Chino [42 days]. But the sentence was never imposed.”

"I have made it clear he needs to surrender," he said.

Waving a hand toward the gallery, Polanski’s lead Los Angeles lawyer, Chad Hummel, claimed the judge had declined to sentence in Polanski in absentia because of the heavy media presence: "Why should he show up? For what — a show?"

"Nearly a year later we’re still litigating Mr. Polanski’s surrender,” said Walgren. “Mr. Polanski is not the one to decide how this case will proceed through the judicial system."

Walgren further denounced the request to dismiss the case, made by the attorney of Polanski’s victim.

Her lawyer, Lawrence Silver, based his written argument on part of the state constitution that calls for the desires of crime victims to be taken into consideration when prosecutors are contemplating filing criminal charges against suspects.

Walgren described Silver’s letter to the court as “a cynical perversion of Marsy’s Law.”

Hummel, in his second address to the court, referred to the extradition treaty with Switzerland, where Polanski is currently living under house arrest, pending a Swiss decision on the U.S.’ request to send the director to Los Angeles. He pointed out that it bars the extradition of detainees if their original sentence was six months or less. Polanski’s was 90 days, before he entered his six-week Chino stay.

A state appellate court had proposed in absentia sentencing last month as a way for Polanski to put an end to the matter without being required to return to the United States.

The hearing concluded without an indication of when the court would reconvene on the case.

Once more, all attention has shifted back to Switzerland.