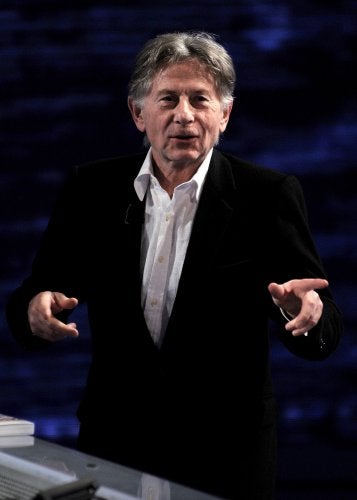 Perhaps emboldened by recent legal victories – or simply feeling his dark powers return with the setting sun – the director has lashed out against the photographers that have been camped out in front of the Gstaad chalet where he’s spending his house arrest.

Britain’s Telegraph newspaper reports that the auteur has filed a $1.11-million lawsuit in Paris against the photogs for invasion of privacy.

The London daily handicaps the suit in Polanski’s favor by noting that “French privacy laws are among the strictest in the world, with the country’s courts traditionally siding with the rich and famous.”

Images of Polanski’ Alpine home, which appears as a Doctor Zhivago-like country estate, only with indoor plumbing, clearly show a fence keeping out paparazzi and curiosity seekers.

That, apparently, isn’t enough for the "Chinatown" director, who won a 2005 long-distance libel case against Vanity Fair from Paris.

Polanski is currently awaiting word from Swiss justice officials on whether Switzerland will comply with a U.S. request to extradite him to Los Angeles to face a 32-year-old sexual assault charge that he had walked out on before being sentenced in 1978.

The Telegraph says his Parisian suit is slated for a Jan. 12 hearing.