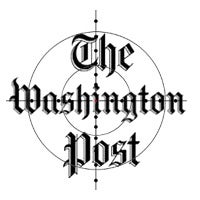 The owners of Politico.com have announced plans to launch a new local news Web site aimed squarely at WashingtonPost.com. Just how squarely? They’re planning to have a staff of “more than 50” when the yet-to-be-named site launches next spring. And they’ve hired Jim Brady, the Washington Post’s former online editor, to lead the operation. (Brady left Politico in December.)

"We take all competition seriously, and I have high regard for what [Robert] Allbritton has done with his television stations and Politico," Washington Post executive editor Marcus Brauchli told Howard Kurtz. "[But, we are] very strong in local news. The reach and penetration of the Washington Post in its area makes us the dominant player. We are deeply cognizant that makes us a target of most of our rivals in this area."

“Make no mistake,” Allbritton, the company’s namesake chairman, said in a memo to staffers announcing the launch. “This is a work in progress. There are lots of questions that we have not yet tackled and that we can’t answer now. Count this as the first of many communications we will have as our ideas come into sharper focus.”

I’m thrilled to give you an update on some important news about our ACC family. The migration of news consumers from print and broadcast to the Web is accelerating, and we are determined to thrive in this new world. So we are planning to launch a local-news website that will harness the power of the Web, social media and new technology to connect Washingtonians with each other and with the information that matters most in their family, civic and work lives.

To run this new venture, we have recruited Jim Brady, an outstanding journalist and the former editor of WashingtonPost.com. Jim is an important pioneer in new media, and he shares our fascination with the exciting possibilities that exist for marrying the power of technology to a deep commitment to local news.

This new project will include a merger of the current WJLA.com and News8.net websites into a site whose aim is to set a new standard for media coverage of local news, with a staff of more than 50 people.

We have seen with POLITICO the great results that can come from thinking big and recruiting a newsroom full of talented and ambitious journalists. Jim’s operation will be a separate venture from POLITICO, but we are hoping to take many of the good lessons our company has learned with that successful experience and apply them in a new setting.

I am committed to making our new enterprise among the nation’s most ambitious and innovative projects of its kind. We will launch a new model that will test ideas for harnessing the power of the Internet. It will connect and empower local communities in a way that will engage readers and viewers throughout the greater Washington area.

In this case, we’ll be launching with an enormous head start — that is the existing resources and reputation of our WJLA and NewsChannel 8 newsrooms. Our journalists have a deep relationship with the people and stories that make Washington a great local news town. And we have a deep and unbreakable bond with a large audience that depends on our newscasts to help them understand what’s important in this region.

One reason this idea makes terrific sense is that we can rely upon the strength of NewsChannel 8 — one of the nation’s most successful local all-news cable channels — to help promote and provide content for the new website. And the new reporters and resources of the Web project will, in turn, be a tremendous asset in providing content for NewsChannel 8 and increasing its impact and profitability.

Jim’s experiment will aim to build on this reputation and audience in the still-unexplored frontiers of new media. Fred Ryan, Bill Lord and I are counting on what we believe is a wealth of ideas and talent in our newsroom today to help us find the way.

And make no mistake: This is a work in progress. There are lots of questions that we have not yet tackled and that we can’t answer now. Count this as the first of many communications we will have as our ideas come into sharper focus.

This is an intensely competitive time in the news business, and as we all know and have experienced firsthand, some of the changes in traditional media have been tough. But this is also an intensely creative time in the media. This company’s willingness to innovate and adapt has left us well-positioned to prosper in a new era. We’ll head into this new era with some very clear guideposts to lead us:

– We are going to continue to take bold steps and grow. We expect Jim to help put us on the cutting edge of what’s happening anywhere in the world to help local journalism make the transition to a new media age.

– Our growth will come atop the success of our existing platforms. Jim’s experiment is not coming at the expense of what we are doing now at WJLA, NewsChannel 8 or POLITICO.

– Our success will stem from continuing to recruit and empower the most talented people we can find. We are starting a national effort to locate and lure the best, most driven thinkers to help steer this new venture. That is what we have done for the terrific teams at ABC 7, NewsChannel 8 and POLITICO. We now want Jim to help us build a team of the country’s best Web journalists.

This is an exciting moment for me personally. I grew up in Washington and in the media business. I see nothing but more change — creative, vital and, yes, profitable — in the years ahead.

Please join me in welcoming Jim and embracing the exhilarating changes and great work that lie ahead for all of us.