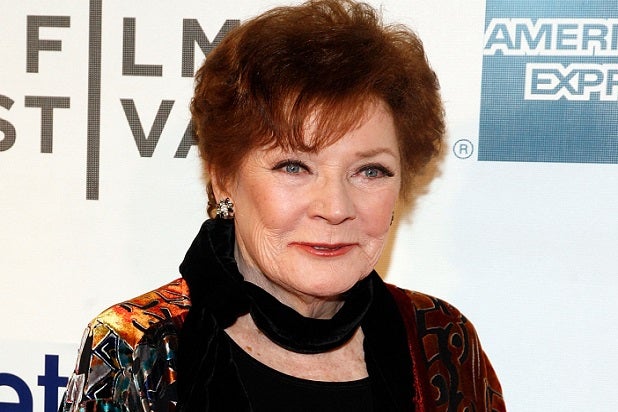 Polly Bergen, who starred opposite Gregory Peck and Robert Mitchum in the 1962 film “Cape Fear,” died Saturday, her spokeswoman told TheWrap. She was 84.

Bergen’s publicist, Judy Katz, told TheWrap in a statement that Bergen died peacefully at her Connecticut home Saturday morning, surrounded by loved ones.

“It is with great sadness that we announce the passing of legendary actress, friend and client, Polly Bergen,” Katz told TheWrap in a statement. “She died peacefully at her home in Southbury, Conn. this morning at 11:10 a.m., surrounded by her family, long-time personal manager, Jan McCormack and close friends.”

Born Nellie Paulina Burgin in Knoxville, Tenn., Bergen appeared in many films, including the Dean Martin-Jerry Lewis comedies “At War With the Army,” “That’s My Boy” and “The Stooge.” Her decades-spanning career also included a role in the 1990 John Waters film “Cry-Baby,” starring Johnny Depp, as Mrs. Vernon-Williams.

Bergen was also an accomplished actress on the small screen, winning an Emmy award for her work on the 1950s television series “Playhouse 90,” on which she played singer Helen Morgan. She was nominated for another Emmy for per portrayal of Rhoda Henry in the ABC miniseries “The Winds of War” and “War and Remembrance.” The star of her own variety series “The Polly Bergen Show,” which ran on NBC during the 1957-1958 season, she also appeared on “The Sopranos” and “Desperate Housewives” — the latter of which earned her another Emmy nomination — in her later years.

An accomplished singer with nearly a dozen albums to her credit, Bergen received a Tony nomination for her portrayal of Carlotta Campion in “Follies” in 2001, in the Best Featured Actress in a Musical category.

Bergen’s other career accomplishments include the launch of a cosmetics line, the Polly Bergen Company. She also wrote three books about beauty.