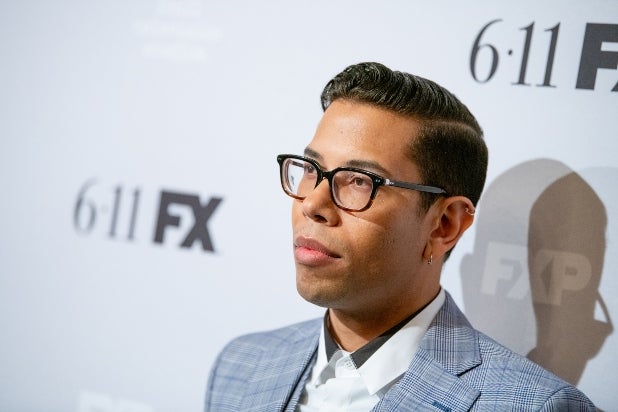 The most efficient way to increase representation for marginalized voices in the film and television industry, according to “Pose” co-creator Steven Canals, is for those in positions of power to go out of their way and make room for people of color, members of the LGBTQ community, women, and intersectional voices.

“The biggest takeaway for me was how critically important it is for us to have allies in this industry, you know? The work can’t be done siloed and it certainly can’t be done alone,” Canals told TheWrap on Sunday at the annual Produced By conference, held at the Warner Brothers lot in Burbank, Calif. “We put the onus on one particular group or individual, and the reality is we all have to be working together to make a change.”

In order to make “Pose,” a series that tells the story of the LGBTQ people of color central to 1980s New York ballroom culture, Canals needed to find an ally to help bring him into the conversation.

“I pitched it 150 times before I finally heard that one yes. [I was] in and out of rooms for two and a half years being told, ‘No, it’s too niche, it’s too urban, it’s a period piece, too many black people, too many queer and trans people.’ And now it’s a show,” Canals said during a panel on representation.

For Canals, the person to get him in the room was Ryan Murphy.

“Ryan, a gay, cis, white man who is very powerful with a lot of privilege, came in and said, ‘That’s a story I want to tell.’ And as opposed to bringing in people to sit at a table that’s already existed for decades, [he said], ‘I’m just gonna create a whole brand new table, and pull up a couple of seats, and have all of you there with me,'” Canals recalled. “And so myself and Our Lady J and Janet Mock, as queer and trans people of color, have had opportunities now to not only write and produce but direct episodes of this show.”

On the Representation For Everyone: Why It Matters Now More Than Ever panel, Leila Jarman, producer, director creative director of non-profit Women’s Voices Now, pointed out what is the crux of the industry’s representation problem.

“We cannot underestimate internalized and externalized racism, homophobia, [and] sexism that is inherent within all industries,” Jarman said. “To combat these insidious aspects of our society and our culture, we will be nothing without allies who are willing to stand up to those forces.”

Canals agreed with that point.

“We need co-conspirators… We need to check our own privilege. If you’re a guy, if you’re male, straight, able-bodied, you need to be thinking about all the other people who need support, the people who don’t check those boxes,” he said. “You can use your voice to say we need more equity in this business.”

Canals also emphasized the importance of letting the people who have lived the stories be the ones to tell them.

“If you cast a man in the role of a trans woman, what are you saying about the trans experience? ‘Oh yeah, that’s a man putting on a dress.’ Now that’s the ideology that people carry. So we’re surprised that trans women have all this violence that’s being enacted towards them?” Canals asked. He also dropped a heavy statistic.