The news was included at the end of a new teaser for the Starz drama, which you can watch above.

“Power Book III: Raising Kanan” is set in the early 1990s. It tells the story of Kanan Stark (a role originated in “Power” by Curtis 50 Cent Jackson, who is an executive producer) and his entry into the criminal world through his mother, who ruthlessly runs the family’s drug empire. MeKai Curtis plays Kana in Book III, with Patina Miller playing his mother, Raquel “Raq” Thomas. 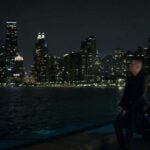 Also Read:
‘Power: Force’ Star Joseph Sikora on the Big Finale death, Gratitude to the Black Community, and What’s Next

Here’s a logline for what’s ahead in the new season: Raquel “Raq” Thomas has gained control over the city’s drug trade, but her son is slipping away. Kanan Stark returns to Queens uncertain of his future with the family business, and because of Detective Howard’s lingering secret, he’s even more uncertain of his past. Kanan searches for the truth while Raq boldly expands the business into hostile Mafia territory. Lou-Lou has other plans that revolve around his emerging record label, but Raq isn’t about to let his side hustle get in the way of her expansion. Although Marvin remains Raq’s loyal soldier, he struggles to earn Jukebox’s forgiveness and become the father she deserves. The ties that bind this family are becoming undone, but Raq will stop at nothing to hold them together.

Creator and showrunner is Sascha Penn, who executive produces with Jackson and Courtney A. Kemp.

The “Power” universe shows are EP-ed by Kemp through her production company End of Episode, Jackson through G-Unit Film and Television and Mark Canton through Atmosphere Entertainment MM. End of Episode’s Chris Selak, Shana Stein and Bart Wenrich are also EPs. Kevin Fox is also an EP. Lionsgate Television produces the series for Starz.