Be sure to get your Starz subscription straight for Sunday, Feb. 6, 2022, and watch a violent first teaser trailer via the video above.

One step leads to another and Tommy quickly finds himself in Chicago’s drug game, inserting himself between the city’s two biggest crews, it continues. In a city divided by race, Tommy straddles the line, ultimately becoming the lynchpin that not only unites them — but holds the power to watch them crumble.

As the season unfolds, Tommy uses his outsider status to his advantage, breaking all the local rules and rewriting them on his quest to become the biggest drug dealer in Chicago. So yeah, he’s in the Windy City to stay. 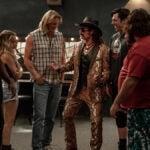 “Power Book IV: Force” is executive produced by Courtney A. Kemp and Curtis “50 Cent” Jackson. The “Power” shows are executive produced by frachise creator Kemp through her production company End of Episode, by 50 Cent through the rapper’s G-Unit Film and Television and by Mark Canton through Atmosphere Entertainment MM. 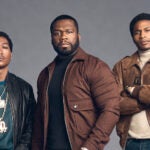