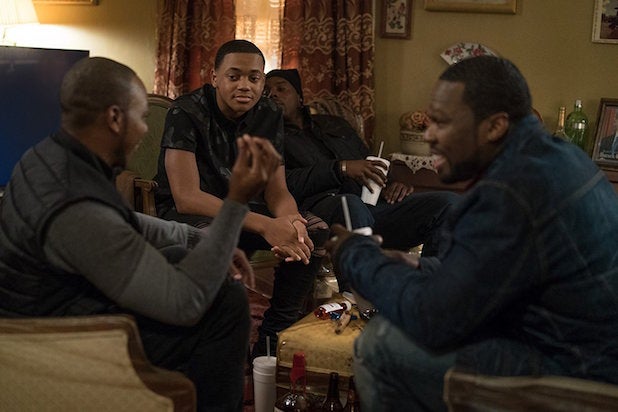 Even though we’ve seen a different (bad) side of Tariq (Michael Rainey Jr.) since Kanan (50 Cent) took him under his wing, what mini St. Patrick did on the “Power” Season 4 finale was beyond anything we thought he was capable of.

On Sunday night’s episode of “Power,” Tariq tracks down Ray Ray (Marcus Callender), confronts him in his hideaway apartment and ends up shooting and killing him as retribution for murdering his sister Raina in cold blood. Once his father and mother, Tasha St. Patrick (Naturi Naughton) find him, they immediately help him cover up the crime. Tasha takes him home and instructs him to burn his clothes and make sure he meticulously and carefully washes up so that there’s no remnants of the murder left on him.

Now, Tariq isn’t exactly super innocent. He’s been hanging out with criminals and engaging in criminal activities. He recently witnessed two murders (well three, counting his sister), but now he’s actually killed someone, and that’s quite a lot to take in as a kid.

“Tariq is going to be a different kid because he’s not a kid anymore. I mean talk about your innocence being fractured,” Courtney Kemp, creator of “Power” tells TheWrap. “He’s going to just be in a different place, just a completely different headspace.”

“He’s going to have two things going on at once, one of which is this idea of ‘did I do the right thing?’ and the second thing is ‘this is all my fault my sister’s dead.’ And so you have those two things, which is actually a lot to think about,” Kemp explains.

Killing Ray Ray is something we all expected James “Ghost” St. Patrick (Omari Hardwick) to do, and he was actually on his way to probably do just that. The fact that it was his son that pulled the trigger indicates a big shift in Tariq — now he’s legitimately a part of his family’s criminal activities, his hands are dirty and he witnessed first-hand how his parents and uncle helped him cover up a murder.

“For Ghost or Tommy to do it is very different than for Tariq to do it because he’s a kid,” Kemp says. “His life could’ve gone a whole different direction than this, but now he’s a murderer and that could change his view going forward.”