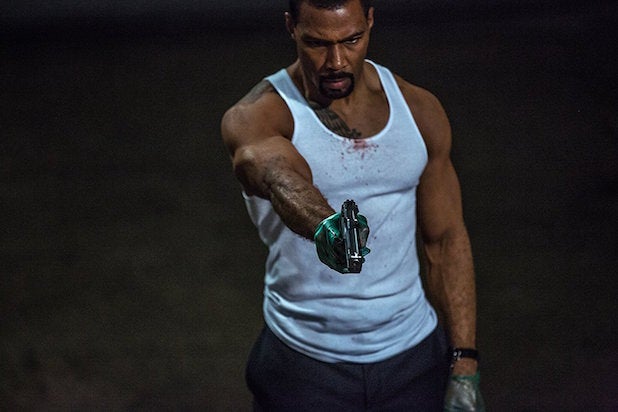 The only “Ghost” on “Power” that we know and acknowledge is James “Ghost” St. Patrick (Omari Hardwick), but the series’ creator, Courtney Kemp, says there’s actually two more “Ghosts.”

Also Read: 'Power': 7 Main Characters Ranked by How Shady They Are (Photos)

“There’s Ghost 1.0, who’s actually Ghost. Then you have Dre, who’s Ghost 2.0 and then you have Tariq who is Ghost 3.0,” the writer explains. “I think over time we’re going to see how Tariq evolves into one of the best possible versions of that person.”

In the Season 4 finale of “Power,” Tariq shoots and kills Ray Ray (Marcus Callender) as retribution for killing his sister Raina. Once his father and mother, Tasha St. Patrick (Naturi Naughton) find him, they immediately help him cover up the crime. Tasha takes him home and instructs him to burn his clothes and make sure he meticulously and carefully washes up so that there’s no remnants of the murder left on him.

The scene where Tariq does as his mother tells him is oddly reminiscent of what his father, James, has done in the past after coming home from killing someone… but Kemp says that Tariq isn’t quite exactly turning into his father.

“Right now I think he’s not turning into his father, I think it’s that he has two fathers,” said Kemp. “He has both Ghost and Kanan and one mom, Tasha. And Tasha, to me, is one of the most criminal characters. She’s a pure criminal.”

“I just don’t want to minimize it and say that Tariq is becoming Ghost when, in fact, that fully makes it about Ghost and it’s not just about that,” Kemp says. “That scene is actually really about: what is this family that I’ve been born into, who are these people? And I think it’s very easy to make it just father and son when it’s not just father and son; it’s also about Tasha and who she is in that moment and what kind of criminality she’s willing to tolerate.”

Even with all its shady characters, the series still manages to surprise us

As Season 4 of "Power" nears its end, we take a look back at some of the most shocking moments from this year. Warning: Major spoilers