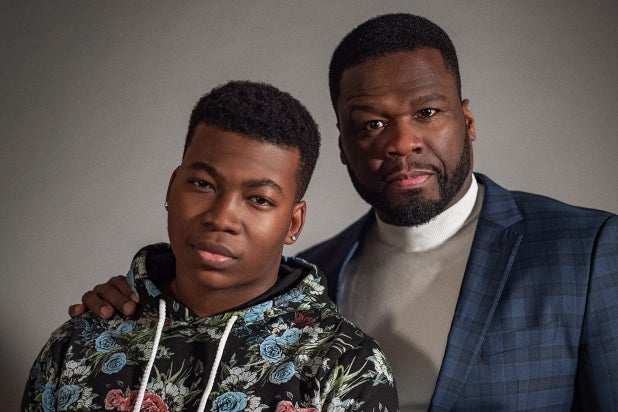 Starz has found its younger Kanan Stark for its upcoming “Power” prequel: “Raising Kanan.” Mekai Curtis will take over the role that was played by “Power” executive producer Curtis “50 Cent” Jackson in the flagship series, the network announced on Tuesday.

“Power Book III: Raising Kanan” is part of an expansive list of spinoffs for Starz’s burgeoning “Power” franchise; the flagship series wrapped up its six-season run earlier in February. Curtis will star alongside Patina Miller in the spinoff, who will play Kanan’s mother.

Smart, driven and still naïve, Kanan’s world revolves around his mother, Raq, who raised him by herself.  She is his everything.  At the same time, he is beginning to get a sense of not only the world around him, but his place in said world. Kanan wants to be just like his mother…and that’s the problem.  He’s young and wide-eyed and doesn’t know how the hustle works. And even more importantly, his mother is not nearly as keen as he is for him to follow in her footsteps. Theirs is a complicated relationship that only gets more problematic as time goes on.