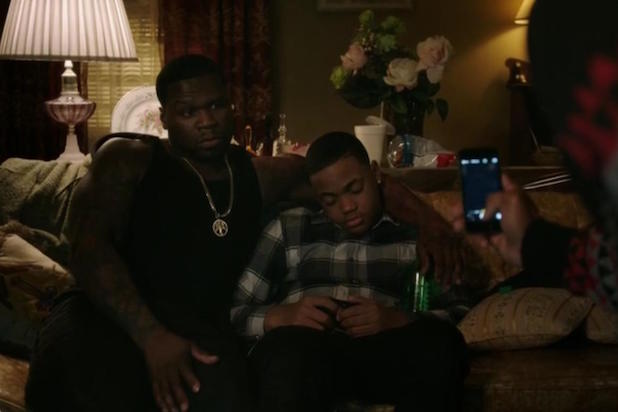 The entirety of Season 4 of “Power” consisted of us shaking our damn heads at Tariq (Michael Rainey Jr.) and yelling at our TV screens, “why?! WHY?!” In short, St. Patrick’s male offspring has been a little bit (a lot) annoying.

On Sunday night’s finale of “Power,” Tariq, once again, lies … lies to the cops about his sister’s death. If you recall, on the last episode, Tariq knew exactly who killed Raina. In fact, he watched the whole encounter go down while he was hiding behind a dumpster.

Not only does the kid lie to the cops about who killed his sister, he lies to his parents too, saying he doesn’t know anything.

Clearly Tariq hasn’t learned a damn thing from all 67,890,300 mistakes he’s made in Season 4. We get that he was probably ashamed of what he did that lead up to Raina’s untimely death, but his lies and deceit are what got him to that point in the first place… and yet he continues to do it.

Although there appears to be a point of redemption for Tariq, we’re still not buying it.

After sipping on some lean and threatening Dre (this part we liked), Tariq finally tracks down Ray Ray (Marcus Callender) and confronts him in his hideaway apartment. He comes up behind him, points a gun at him and threatens to pull the trigger. Really Tariq? Now, you want to do the right thing that’s not actually right, because murdering someone still makes you a criminal?

So after a little back and forth, Tariq ends up shooting Ray Ray and killing him as retribution for murdering his sister Raina in cold blood. Once his father and mother, Tasha St. Patrick (Naturi Naughton) find him, they immediately help him cover up the crime.

Great. So instead of telling his father what he knows and letting a grown professional criminal handle the situation, Tariq steals his mother’s gun, murders his sister’s killer and has his family clean up the whole thing.

We understand that he got revenge for his sister’s death (ahem, that he was responsible for) and was trying to make things right, but he still ruined everything.

Now everyone is an accomplice and the whole family is going to jail. I hope you’re happy Tariq.

Even with all its shady characters, the series still manages to surprise us

As Season 4 of "Power" nears its end, we take a look back at some of the most shocking moments from this year. Warning: Major spoilers