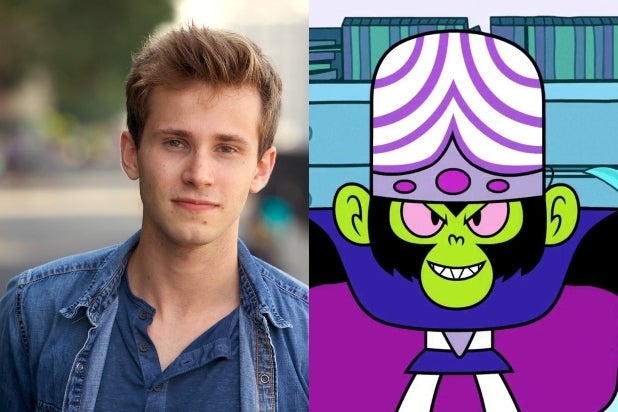 The CW has found its main antagonist for its “Powerpuff Girls” TV series. Nicholas Podany will play Joseph “Jojo” Mondel Jr., better known as the son of Mojo Jojo, the villainous chimpanzee that frequently battled the Powerpuff Girls.

As a kid, the nerdy, power-hungry, insecure JoJo was obsessed with the Powerpuff Girls despite his father’s grudge against them. As an adult, JoJo finds his sweetness and rage in constant battle. For those not familiar with the comics, Mojo was Professor Utonium’s lab assistant and accidently helped to create the Powerpuff Girls.

Podany is best known for playing Albus Potter in the Broadway production of “Harry Potter and the Cursed Child.” He also appeared previously on The CW’s “Hart of Dixie.”

From Warner Bros. Television, the new version of the beloved Cartoon Network series, titled “Powerpuff,” follows heroines Blossom, Bubbles and Buttercup as “disillusioned twentysomethings who resent having lost their childhood to crime-fighting. Will they agree to reunite now that the world needs them more than ever?”

The animated “Powerpuff Girls” series premiered in 1998 and ran until 2005. It followed three main superheroines who were accidentally given superpowers when their father, Professor Utonium, accidentally added the ingredient Chemical X to the potion containing “sugar, spice and everything nice.” The result was the Powerpuff Girls, who, using their “ultra-super powers,” dedicated their lives to “fighting crime and the forces of evil” in the city of Townsville.