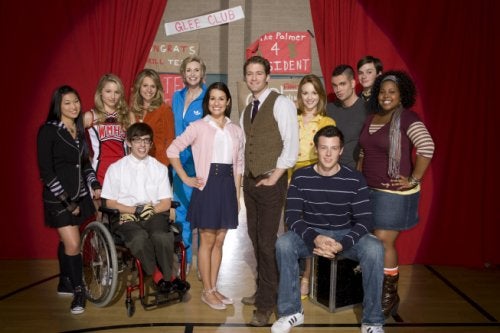 "A Single Man," "Precious: Based on the Novel ‘Push’ by Sapphire," "Glee" and Lady Gaga are among the movies, singers, and shows competing for awards from The Gay & Lesbian Alliance Against Defamation (GLAAD), a lesbian, gay, bisexual and transgender media advocacy and anti-defamation organization.

Nominees for the 21st Annual GLAAD Media Awards were announced on Wednesday. The awards honor outstanding images of the LGBT community in print, film, and other mediums.

"Words and images matter," GLAAD President Jarrett Barrios said in a statement. "With these awards, we seek to recognize news coverage and entertainment programming that go beyond stock stereotypes with LGBT storylines that more fully reflect the challenges gay and transgender people face and the aspirations we hold for ourselves and our families. The GLAAD Media Awards honor media professionals who are doing an exceptional job at bringing our stories into the living rooms of America – and set a ‘fairness benchmark’ for the news and entertainment industries."

Other films cited by GLADD for their depiction of the gay and transgender community were Ang Lee’s latest film "Taking Woodstock," the Paul Rudd comedy "I Love You Man," and the Robert De Niro drama "Everybody’s Fine."

GLAAD also announced that Cynthia Nixon will be honored with the Vito Russo Award at the New York ceremony. The Vito Russo Award is named after a founding member of GLAAD and is presented to an openly LGBT media professional who has made a significant difference in promoting equal rights for our community.

"Cynthia Nixon has been a vocal and visible advocate who has transformed cultural attitudes about our community," Barrios said. "She is a perfect example of how sharing your personal story and speaking out for marriage equality can inspire change among fair-minded Americans. It is our privilege to honor her."

The GLAAD Media Awards ceremonies will be held in New York on March 13at the Marriott Marquis; in Los Angeles on April 17 at the Hyatt Regency Century Plaza; and in San Francisco on June 5 at The Westin St. Francis.