The debate over "Precious: Based on the Novel ‘Push’ by Sapphire" has grown heated in the weeks since the film hit theaters. The story of an obese, illiterate black teenager forced to endure physical and sexual abuse has provoked harsh criticism from some corners even as it garners several glowing reviews and awards.

Perhaps nowhere has the battle over "Precious’" meaning been as intense as on the pages of TheWrap.

Hollyblogger Anthony Smith’s takedown of director Lee Daniels has elicited hundreds of passionate comments from the film’s detractors and defenders. 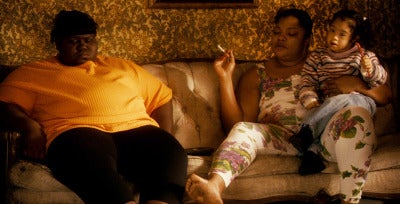 Smith, a recent Dartmouth MBA with film acquisitions experience, was unsparing in taking Daniels and the film to task.

"This film is as dangerous as it is offensive, and it is not representative of any community, past or present," Smith wrote. "The narrative about a young, unloved victim is intellectually and socially dishonest."

"Daniels," he said, "relies on overly objectionable imagery and perverse cinematic devices to provoke emotion from the audience, all the while offering no true explanation of events, no link between cause and effect, no solution and no opportunity to deliberate, just action — vile, disgusting, and inhumane acts of violence, apathy, abuse and rape."

Others have echoed Smith’s concerns. Critic Armond White of the New York Press was even more vitriolic — going as far as to say, "Not since ‘The Birth of a Nation’ has a mainstream movie demeaned the idea of black American life as much as ‘Precious.’ Full of brazenly racist clichés (Precious steals and eats an entire bucket of fried chicken), it is a sociological horror show."

But Hollyblogger Smith’s grim assessment has lit a fire on his post on TheWrap. The more than 470 comments have ranged from attacks on Smith to personal stories of sexual abuse to a smattering of praise for his critique.

"These are stories that need to be told," wrote Clyde in response to Smith. "They can only help the victims and other potential victims regardless of race. The columnist [sic] lack of empathy is glaring. He sounds as though he is ashamed of our Black community."

"You think ‘Precious’ is not real," Jadenvamp71 wrote. "Just query some of the millions of children in this country’s foster care system. As a child welfare professional I know ‘Precious’ is real, I’ve met ‘Precious,’ I’ve had to break through the layers and layers of abuse and neglect to many ‘Precious’ [sic] I have met."

"Oh please," wrote Goodgirl. "This is by far the most ignorant review/opinion of this film that I have read yet and it is beyond sad that it comes from a black man. You may not know this girl, but plenty of people of all races do. If you’ve lived your entire life without hearing the older people in your family talk about suspected incest and abuse in your community, your childhood neighborhood, than you have been either oblivious or extremely sheltered."

"Mr. Smith, unfortunately you are living in the dark ages," wrote pink&blue glasses. "Incest, rape and HIV exists in all communities, but are more prevalent in the black community. It is up to the HUMAN RACE to find solutions against all of this. Sweeping it under the rug and denying it happens is not the way."

A few agreed with Smith’s concerns.

"I agree, this movie is a disgrace; straight up!!" wrote Keisha Bridges. "Again, it is another negative portrayal for black people. The only message Oprah is sending to world about this movie is that black women look and act disgraceful. As a black woman, I am sick and tired of being negatively stereotyped in the same melting pot, when I am not like this at all."

Smith says he was amazed by the intensity of the response, and said he penned his "open letter" the morning after seeing the film.

"I was shocked it was proclaimed as a superlative motion picture," Smith said. "Is this the best motion picture that can be produced on the subject of black Americans? That’s why I wrote the article. I feel that the Hollywood industry is really in the dark ages, and it warranted a response."

Smith said, however, that he never meant for it to seem as though he didn’t have sympathy for victims of incest or abuse.

"I’m sorry that people misconstrued my criticism to mean that these issues don’t exist," Smith said. "I think what’s great about the story is there’s been a huge reaction. There’s been a lot of disagreement, but I appreciate that."