"Precious: Based on the Novel ‘Push’ by Sapphire" was the big winner at Friday night’s Film Independent Spirit Awards, taking home awards in all five of the categories in which it was nominated.
The pre-show favorite, and one of only six nominees that sent screeners to all 4,000 Spirit Awards voters, the urban drama was named Best Feature, while Lee Daniels was honored as Best Director. Actresses Gabourey Sidibe and Mo’Nique were honored for their lead and supporting performances, and Geoffrey Fletcher won for the screenplay, his first.
"Kathryn Bigelow’s not here tonight," said Daniels when he accepted his directing award. "I am." 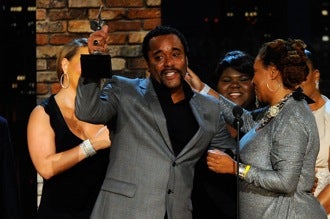 (Photo by Kevork Djansezian/Getty Images)
The most-honored independent film of the year, Oscar favorite "The Hurt Locker," was not eligible.  After showing at the Toronto Film Festival in the fall of 2008, it was nominated for two Spirit Awards (both in the acting categories) that year, disqualifying it from this year’s awards and essentially nullifying the event’s value as an Oscar precursor.
The show, hosted by Eddie Izzard and held in downtown Los Angeles after a 15-year run on the beach in Santa Monica, contained relatively few surprises, with Jeff Bridges winning yet another acting honor. Woody Harrelson, who arrived at the event with only moments to spare after getting into a motorcycle accident earlier in the day, won the Supporting Male award for "The Messenger."
"Anvil! The Story of Anvil" won for Best Documentary, with the band performing their song "Metal on Metal" during the show, and again at the end of the evening.
Also performing was Bridges, who sang the "Crazy Heart" song "Fallin’ and Flyin’" backed by a band that included T Bone Burnett and Ryan Bingham, Oscar nominees for the song "The Weary Kind."  "Crazy Heart" was named Best First Feature.
The Best Screenplay award went to "(500) Days of Summer," while two awards went to the Coen Brothers’ "A Serious Man": Roger Deakins won for his cinematography, while the directors, casting director and entire cast received the Robert Altman Award.
"An Education" walked away with Best Foreign Film; though the film is in English, it was made in Great Britain by a Danish director, Lone Scherfig. 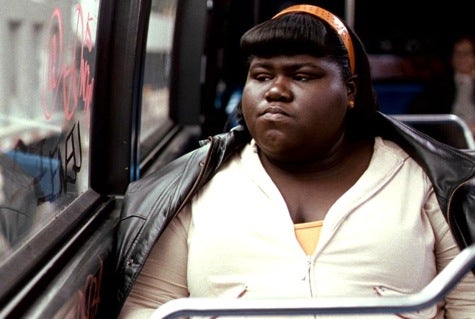