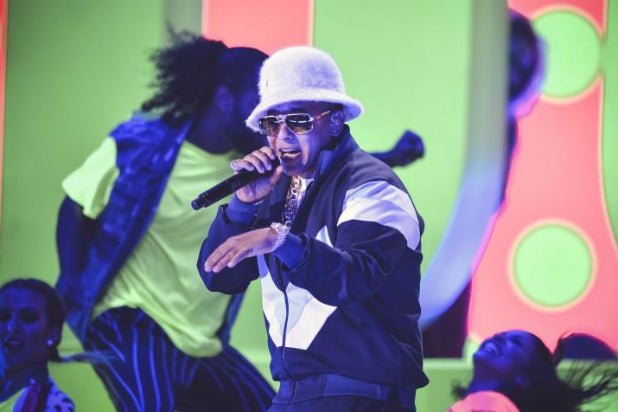 NBC was first in ratings with a 3.4 rating/13 share in the advertiser-coveted 18-49 demographic and in total viewers with an average of 14.9 million, according to preliminary numbers. The Olympic Games ran throughout primetime.

Univision was second in ratings with a 1.2/5 and third in viewers with 3.1 million. The Spanish-language network aired its Latin Music celebration through the entire day part, averaging those numbers.

CBS was third in ratings with a 1.0/4 and in viewers with 5.7 million, running just repeats.

Fox and Telemundo tied for fifth in ratings, both with a 0.4/2. Fox was fifth in total viewers with 1.7 million, airing reruns; Telemundo was sixth with 1.1 million.