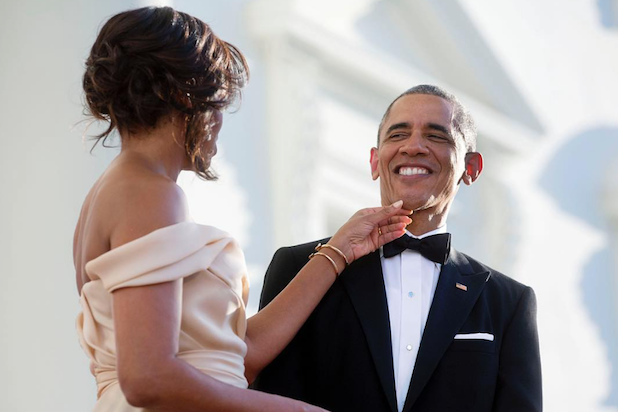 Rev. Al Sharpton was also there, posting a picture of himself and girlfriend Aisha McShaw.

Nick Jonas, who took a break from his tour with Demi Lovato, called the evening “A night I will never forget” on Twitter.

NBA legend Magic Johnson and wife Cookie posted a selfie getting ready for the big bash.

The first lady posted a photo of herself with POTUS on Instagram this week, along with the caption: “55 years young and that smile still gets me every single day. Happy birthday, Barack. I love you. -mo”

Walking to my car with Fonzworth Bentley we ran into Ellen!

Leaving the White House after the celebration of President Obama's birthday. His last birthday as President. pic.twitter.com/5al4JoxOYU

@thecookiej and I getting ready to go to President Obama’s birthday party!

55 years young and that smile still gets me every single day. Happy birthday, Barack. I love you. -mo