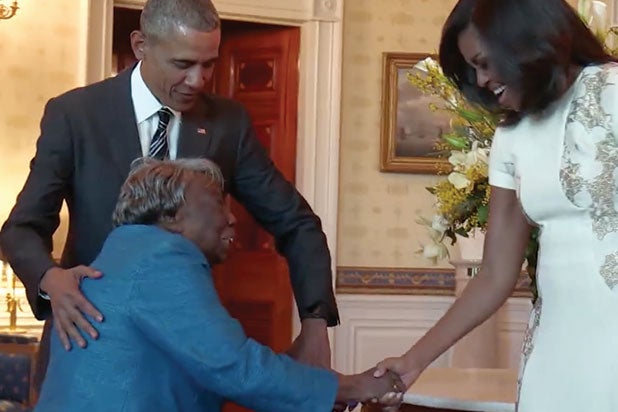 President Barack Obama and wife Michelle danced with a 106-year-old woman while she visited the White House to celebrate Black History Month.

The lady, Virginia McLaurin, jumped at the chance to meet the First Lady and couldn’t be stopped, as Obama said, “slow down!”

“What’s the secret to still dancing at 106?” Obama asked.

Also Read: Trump and Obama Agree on One Thing: Unlocking a Killer's iPhone

Fulfilling her dream of visiting the White House and meeting President Obama, McLaurin was visibly too happy to hide her excitement.

“I thought I would never live to get into the White House,” she said. “I am so happy. A black president, a black wife. And I’m here to celebrate Black History Month, that’s what I’m here for.”