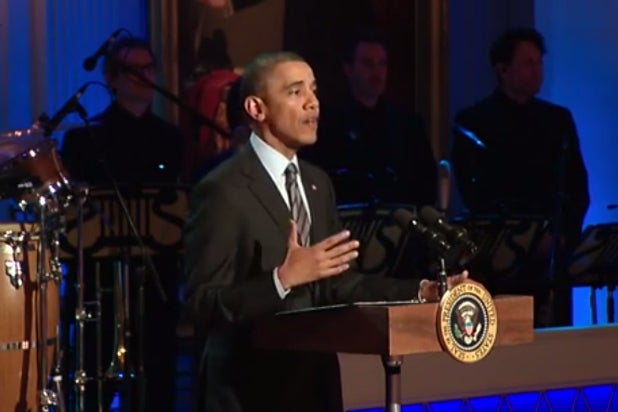 President Barack Obama lost a little respect — or, “rspect” — from the Internet community, when he misspelled the title/chorus of classic Aretha Franklin song during a White House “Women of Soul” event on Thursday.

“When Aretha first told us what ‘R-S-P-E-C-T’ meant to her, she had no idea it would become a rallying cry for African-Americans and women,” Obama read, stumbling over the spelling and omitting vowel No. 1.

The crowd erupted in laughter at the mistake; Obama did not react at all. The President continued his remarks before introducing Patti LaBelle.

Watch the flub, which happens around the 3-minute, 25-second mark: