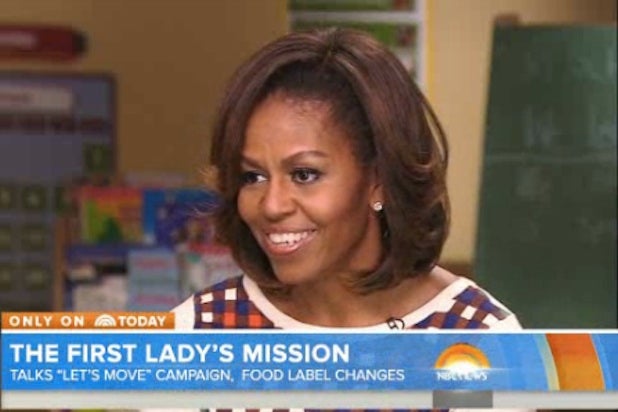 Michelle Obama got a big boost to her “Let’s Move!” campaign Friday with the help of NBC’s “Today” show and Jimmy Fallon.

The First Lady appeared on the morning show Friday to celebrate her athletic campaign’s fourth anniversary, and share her kid’s reaction to her recent appearance on “The Tonight Show,” in Fallon’s popular “Ew!” skit featuring both the host and Will Ferrell in drag.

“You know, fortunately, they weren’t too horrified!” Obama revealed to “Today’s” Jenna Bush Hager. “I think that they’re used to me doing really silly things to get people engaged and laughing.”

Obama went on to say how the skit’s physical comedy demands go well with her “Let’s Move!” goals.