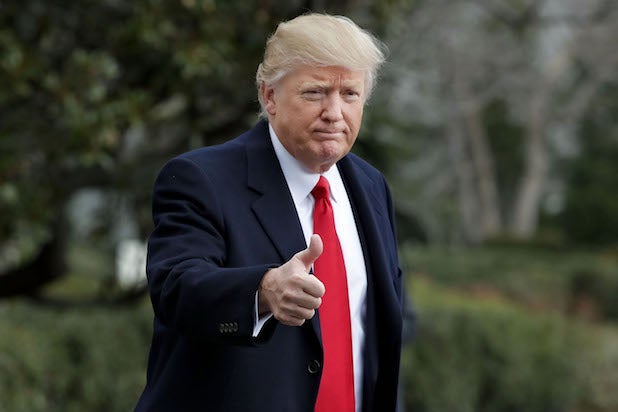 Michael Flynn resigned Monday as President Trump’s national security adviser after less than a month in the position. According to POTUS, the “real story” is not Flynn’s resignation, but how the media obtained the information that led to his departure.

The real story here is why are there so many illegal leaks coming out of Washington? Will these leaks be happening as I deal on N.Korea etc?

Flynn’s resignation was announced late Monday night following news he misled Vice President Mike Pence and other senior White House officials about information he shared with the Russian ambassador to the United States.

Flynn’s job first appeared to be in jeopardy last Thursday when the Post published a story titled, “National security adviser Flynn discussed sanctions with Russian ambassador, despite denials, officials say.” The story cited nine officials who were privy to transcripts of the recorded call or were otherwise aware of the conversations and was quickly backed up by the New York Times.

MSNBC’s “Morning Joe” co-host Joe Scarborough said Tuesday that Flynn’s resignation wouldn’t have happened if a “patriot” didn’t leak information to the Washington Post, (though it was clearly more than one person).

CNN’s senior media correspondent Brian Stelter called the situation a “big moment for journalism” on Tuesday morning.  “If it weren’t for journalists digging, digging into this, we wouldn’t know about it,” Stelter said.

The White House has been aware of the Justice Department warnings for “weeks,” an administration official told the Associated Press. However, it’s not known if Trump and Pence were aware.

The REAL story with Watergate is that Deep Throat was out of line leaking info to the press!

No, the real story is Trump & Russia. Let's not again get distracted with parlor game nonsense.https://t.co/JbmQD831IJ

Trump: "The real story is why are there so many leaks coming out of the government. Obama is weak! When I'm president, I'll stop the leaks!"

The real story is what you knew and when you knew it.
If I want to know your thoughts re: North Korea I'll ask a waiter at Mar-A-Lago. pic.twitter.com/odI7oo7GBC

No @realDonaldTrump the real story is you are compromised by Russia and it is falling apart. #resign. #resist #notmypresident