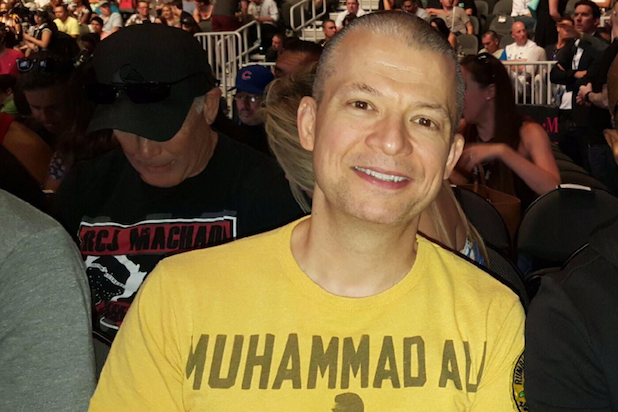 Comedian, actor and SiriusXM hosts Jim Norton might want to add political pundit to his resume, because he thinks he can fix the presidential debates, saying that the candidates’ microphones should be turned off when they’re not speaking.

Norton said trying to moderate a presidential debate between Donald Trump and Hillary Clinton is like trying to control “two barking dogs,” but he offered advice for Chris Wallace, who will moderate the final debate on Wednesday.

“If they really wanted a moderator to shut these people the f—k up, here’s what you do. You have two minutes and the other candidates’ mic is shut off. The second you go over two minutes, they shut your mic. That’s how you handle it,” Norton told TheWrap. “Until they do that, they don’t truly want them to be moderated. Shut their mic off and they’ll be moderated.”

Norton recently made headlines when former HLN host Nancy Grace stormed out of an interview on his radio show when he told her that she capitalizes on “dead kids.”

TheWrap: What bothers you about Nancy Grace, other than what you articulated on your radio show?

Norton: She says like, “Hey I’m a victim’s advocate.” To me, John Walsh is a victim’s advocate. John Walsh had a tragedy with his son being killed. I’m not discounting her tragedy, I’m sure it was horrible but I feel that she’s just exploitive and I don’t feel like John Walsh is exploitive. There is a difference to me in the way they approach things. I don’t care how you phrase it, when you’re starting a hashtag “tot mom” that’s exploitive s–t. That’s not victim advocacy. She goes, “Well it’s because there is only a certain amount of letters [available on Twitter].” You know what else has six letters besides tot mom? Casey A. She could have just put #CaseyA for Casey Antony. She’s not being straight about the mileage she’s getting out of these hashtags. It drives me crazy. And a lot of people hate her and feel that way, because the backlash [from Grace cutting short her interview with Norton] has been 90 percent positive. She finally got an interview where she got, kind of, grilled and she handled it like a baby.

What other broadcasters do you have issues with?

The media in general I find irritating because they get it wrong so much and the main story that they never do is, what is their culpability? They cover every angle of the story but they don’t cover that one enough. I can’t think of anyone in particular, if you name people I’ll tell you. I just hate the way all of them deny their own bias.

I like Megyn Kelly… I think that she’s certainly more Conservative but she’s very bright and a very strong-willed person. I like, in an interview, even if I don’t agree with her she seems very poised and unflappable.

Same thing. Both of them… the flaw in them is that you always know what side of the political spectrum they are on by the way they present the news. I do think they’re both really bright and strong. Neither one of them caves in under pressure.

What about Don Lemon?

You know, Don, I love Don Lemon. He’s one of my favorites. I loved when he held up that sign with the N-word on it. He actually criticizes the way people report the news. I think that Don defends himself when he gets flack and he shouldn’t [have to defend himself], but he was unafraid to hold up that sign. I like the fact that he asked a question to one of the Bill Cosby accusers. He wasn’t trying to demean the victim at all, he was just asking a question he was curious about and people jumped all over him. Don Lemon is one of my favorites. I love him.

What about the debate moderators so far?

I think all of them have favored Hillary. Even Megyn Kelly got crap when she was seemingly anti-Trump because she asked about women. One thing Trump has to stop doing is whining about the moderators. I agree with him, they are biased against him but you have to rise above that. First of all, Trump doesn’t have a real voting record so they have to go after his personal life. What else are they going to talk to him about? I happen to love Anderson Cooper, so you know, I always find him to be really good at these things. Lester Holt I thought just totally lost control. He was fun to watch because he totally lost control of the situation.