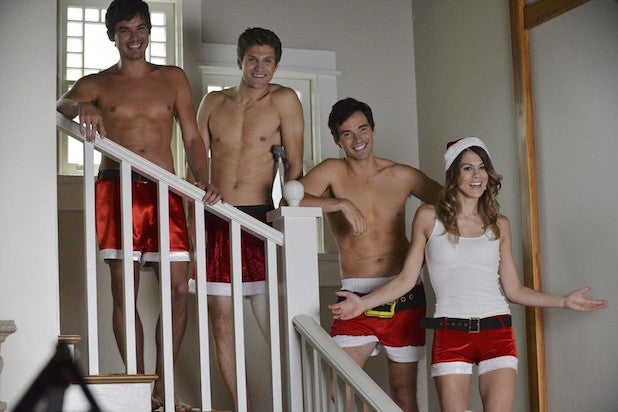 ABC Family’s “Pretty Little Liars” Christmas special fell about a million viewers compared to last year’s Halloween episode. But, it did make a dent in the night’s social activity.

This year, ABC Family broke from tradition when it skipped its annual Halloween episode for Tuesday’s Christmas-themed special. In terms of total viewers, Tuesday’s episode was viewed by about a million less viewers than last year’s Halloween special, which was viewed by 3.2 million viewers.

The good news is that “PLL” was still one of the most buzzed-about shows on social media. It was No. 2 in Twitter ratings, placing after the series finale of AMC’s “Sons of Anarchy.” Nearly 118,000 unique authors’ tweets were seen by 3 million people, generating 13 million impressions.