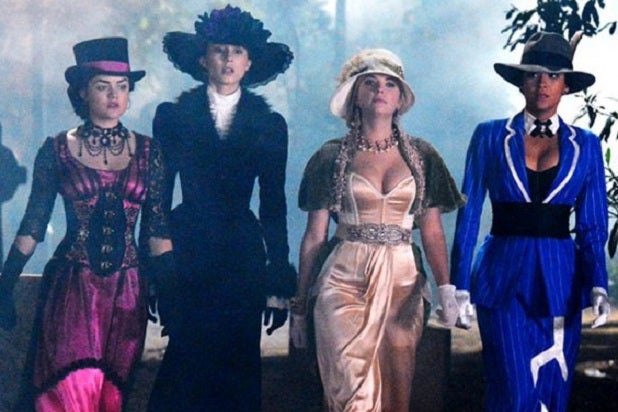 Also read: ‘Pretty Little Liars’ Halloween: A Look Back at All the Mystery and Madness (Photos)

The special, which was dubbed “Grave New World” and aired at 8 p.m., was the network’s second-best rated telecast in the network’s history in its target demo, as well as in the women 18-34 demo.

The “Pretty Little Liars” episode helped the premiere of its spinoff “Ravenswood” get off to a good start. The “Ravenswood,” airing at 9:03, was the second-best series premiere in ABC Family’s history in the demo, with 913,000 viewers 18-34.

On the social-media front, the “Ravenswood” premiere generated the most tweets of any series premiere this season, amassing 200,721 tweets that reached more than 3 million people.