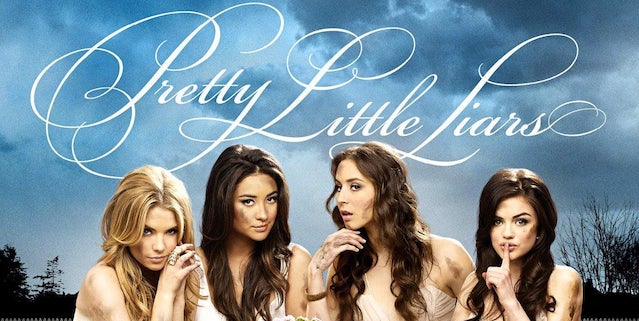 "Pretty Little Liars" is television's number one most-tweeted series for the first quarter of 2013, according to SocialGuide.

Even with "Walking Dead," "Big Bang Theory," and "American Idol" dominating the ratings this year, "Liars" remained the top-tweeted series across all TV and inspired 2.6 million social unique users to send out over 11.7 million 140-character messages about the show.

The drama series accounted for four of the top five most-tweeted TV episodes during the quarter — towering over AMC’s “The Walking Dead” by 49 percent and FOX’s “American Idol” by 50 percent, and nearly quadrupling A&E’s buzzed-about “Duck Dynasty”. Among all first quarter programs, “Pretty Little Liars” ranked third, behind Super Bowl XLVII and The 55th Annual Grammy Awards on ABC.

Overall, ABC Family is the number one network in the social media landscape, which is a constantly growing value to the entertainment industry. ABC Family credits the surge of their social media presence to the never-before-done announcement of spin-off series “Ravenswood” across all “Pretty Little Liars” social media platforms.

Instead of adding a statement from a proud executive to announce the accomplishment, ABC Family included a fitting hashtag: #POWEROFABCFAMILYSOCIALMEDIA.