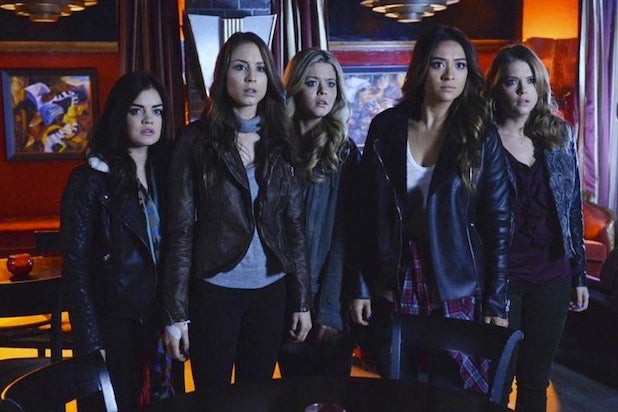 On the eve of its fifth season premiere on Tuesday, ABC Family has ordered two additional seasons of  its flagship drama, “Pretty Little Liars.”

The cable channel’s No. 1-rated series for total viewers and across all demographics, the drama will air through a seventh season.

“‘Pretty Little Liars’ has taken its place in the zeitgeist and reigns supreme in pop culture,” said ABC Family president Tom Ascheim. “I am glad to bring another two seasons to our audience because ‘A’ has a lot in store for our Liars.”

“PLL” averages 3.8 million viewers with 1.5 million and a 2.2 rating among the younger-skewing 18-34 demo. For the advertiser-coveted 18-49 demo, the series averages 2 million viewers and a 1.6 rating. Impressively, it has rated No. 1 on cable for 95-consecutive original telecasts in Females 12-34. That means it has held that demographic for every telecast since its June 2010 series launch.

On Season 5, Alison (Sasha Pieterse) is “resurrected” and returns to life in Rosewood. Plus, viewers find out the fallout from Ezra’s (Ian Harding) shooting at the hands of “A.”