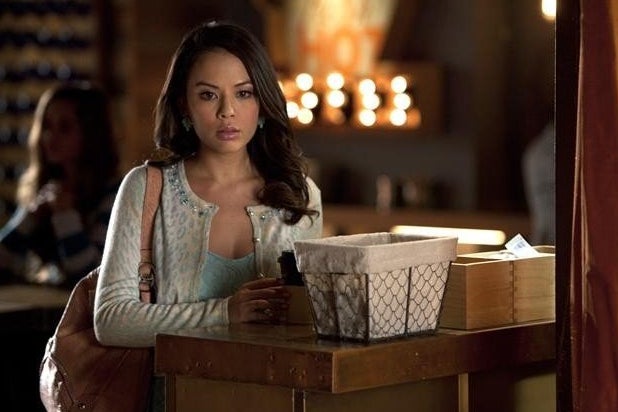 It’s unclear if she’s on the “A” team, but Janel Parrish earns the mark in literacy.

The “Pretty Little Liars” star reads the audiobook version of “The Journeys of John and Julia: Genesis,” which was released by Rigler Creative on Thursday and penned by author Aurelia.

In addition to — and in support of — the book, Parrish will introduce a new 13-part weekly unscripted web series format called “Best Friends Book Club,” which targets young viewers in 3-5 minute episodes. The online video series begins next week on YouTube.

TheWrap exclusively received Chapter 1 of the audio book and Episode 1 of the accompanying web series, posted below.

“I really loved the story,” Parrish explained in a statement. “I thought it was such a nice coming of age story about finding yourself and believing in yourself and sticking true to how you really feel. I definitely hope and think that ‘PLL’ fans will really identify with the book.”

“As an emerging publisher, we were also looking for a fresh and innovative way to help get the word out and ‘The Best Friends Book Club’ is the perfect platform,” added Rigler Creative founder Thomas Rigler. “The result is truly captivating while also educational. We feel it’s a next-gen approach to launching books.”