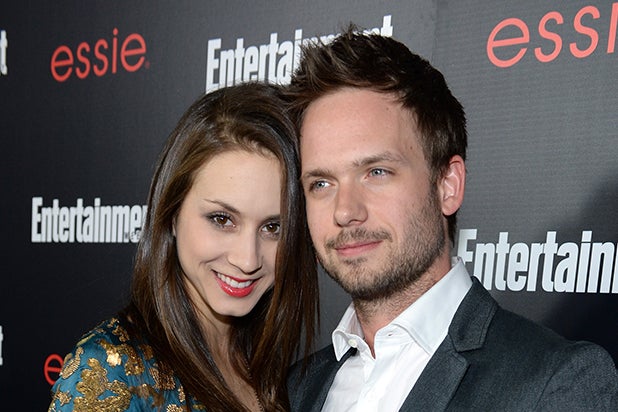 The actress has been cast to play Claire, an idealistic law student with romantic ties to secretly unaccredited legal hotshot Mike Ross (played by Bellisario’s real life fiance Patrick J. Adams). Eventually, business mixes with pleasure and things between them get complicated when Mike tries helping out with one of Claire’s cases.

Bellisario is best known for portraying Spencer Hastings on more than 100 episodes of ABC Family’s long-running drama “Pretty Young Liars.” The 28-year-old actress also played the titular lead on the 2012 WIGS web series “Lauren” and starred in the 2010 film “Consent.”

Previously, USA cast veteran actor Eric Roberts as a larger-than-life billionaire and “Family Ties” star Michael Gross as the founder of a groundbreaking DVD distribution company, with both being given recurring roles.

“Suits” was created and is executive produced by Aaron Korsh. In addition to Adams, the legal drama stars Harvey Specter (Gabriel Macht) as a lawyer at the fictional New York City law firm Pearson Hardman.

The network renewed the show for a Season 5 in August, with the second half of Season 4 set to begin airing in early 2015.