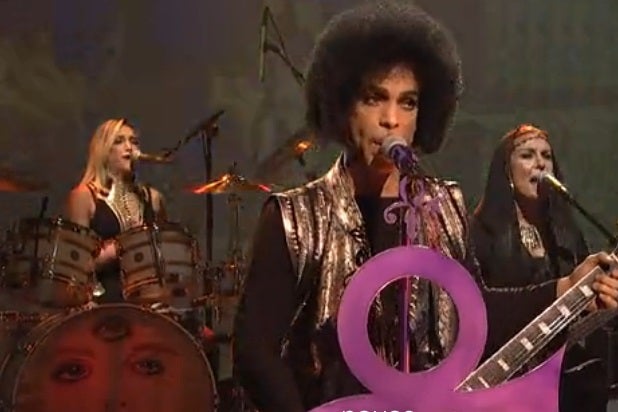 All was not purple peacefulness among Prince fans on Friday, as reports that the “Little Red Corvette” singer had been hospitalized after an emergency plane landing in Illinois early Friday.

“I pray ur OK,” one fan posted to the singer’s Twitter account Friday afternoon. “Just heard that ur private jet had 2 make an emergency landing this morning.” The post was accompanied by praying-hands emoticons.

“There’s a @prince posting… I hope this means he’s okay,” the fan, identified as Destiny, wrote.

As word spread that the singer was reportedly on the mend, the panic transformed to relief.

According to TMZ, Prince’s private plane made an emergency landing at Quad City International Airport in Moline, Illinois, early Friday morning, as the singer was en route home from a concert in Atlanta.

Prince, who was rushed to a nearby hospital, had apparently been experiencing flu symptoms, which worsened during the flight.

The singer, who was released from the hospital after three hours, is reportedly now back home.

Representatives for Prince have not yet responded to TheWrap’s request for comment.

There’s a @prince posting… I hope this means he’s okay.

@prince u’re prolly not ever going to tell us what happened to u….but I think we need a little more proof…AM I RIGHT PURPLE PEOPLE???!

@prince you had me allllll pic.twitter.com/zFJr0NMKmA