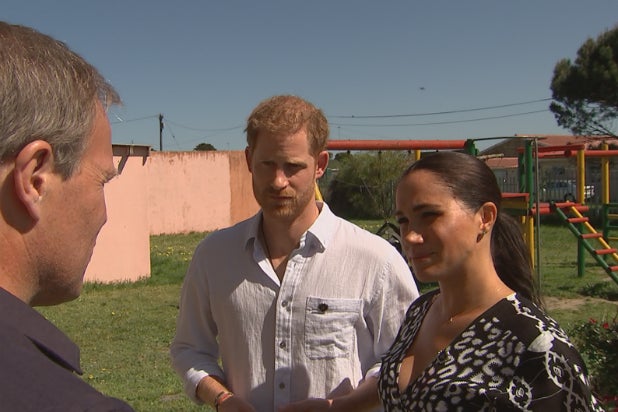 August 31, 1997, was a typically warm day in Los Angeles. I remember arriving home in the late afternoon, my ears still ringing from the high decibel British Invasion music that shuddered by Ford Explorer. I opened the door and heard my wife crying. Having been brought up on the streets of Limerick, Ireland, she’s made of stronger stuff. But not this afternoon, and not today. I asked her what was wrong, and joined her on the sofa where her attention was riveted to the national news.

I shifted my attention to the television and gasped. Princess Diana, whose face greeted me every morning on china plates and cups in my wife’s china cabinet, was dead. She had a place of prominence in that hutch. Positioned in front of the Belleek china and Waterford crystal that was a testament to Ireland, my wife’s home – it was hard to look at her face now. We failed her. That porcelain smile framed in British filigree and finery was extinguished, like an animal whose life was taken for sport.

Pursued like a fox on a hunt, the Mercedes she was riding in hit a support stanchion in a Parisian underpass. A life snuffed out. Two children motherless. A bereaved ex-husband who himself was mired in controversy. The public then began the bitter buffet of gorging themselves on gossip, innuendo and the shameful pursuit of dirt.

Nearly a generation later, we are pursuing her son. The hunt is on once again, and we hear the click-whine of automatic cameras, the grunts of sweaty paparazzi as they jockey for the best position and the discordant choir of the press gaggle who shouts out questions designed to illicit an emotional response, and if they’re lucky — tears.

Some call it the TMZ-ation of journalism. Or tabloid journalism. Or as George Harrison called it, The Devil’s Radio. Whatever the label, it fills a dark void of ugliness that somehow makes our lives in comparison seem palatable. I don’t need to know about Johnny Depp’s divorce. I don’t care about what religion Tom Cruise subscribes to. I don’t need the specifics of a young woman’s relationship with her new family as she takes on the mantle of royalty.

Neither do you, even though science may claim that I’m wrong.

The brain is a wondrous organ that apparently releases gushes of dopamine when fed negative news of others. I remember that as a child, I’d start to giggle at hearing bad news. My parents would be shocked, and my mother, bless her, would explain it away as gallows humor. My father just thought I was a sick puppy.

There have been those who say that gossip fulfills an evolutionary, cultural and developmental arc that benefits society. According to Tania Lombrozo, a Princeton psychology professor, gossip emerges in young people in the form of tattling. You remember those kids who grew up to be narcotics agents, snitches or entertainment reporters? They lived to drop dimes. We have not evolved. The only thing that has evolved are the nature and severity of the antisocial aspects of gossip. People die because of it. Children take their lives because of it. And now we are transfixed as a young couple deals with it.

The recent ABC documentary “Harry & Meghan: An African Journey” was a sad testament to the fortitude and compassion of the prince and his American wife as they ventured to Africa to bring awareness of the poverty and resilience of the African people. They had the world’s attention, and instead of focusing on the great work that is being done, the public tuned in to see them brought to the verge of tears as they tried to explain the dynamics of their family — dynamics that are part of nearly every family.

I’ll never forget the image of Prince Harry walking the same route of his mother as she side-stepped hidden land mines in Angola in a time before the United Nations Mine Ban Treaty. There she was, unceremoniously elegant while advocating for the voiceless. She was brave, and who would have thought that what finally took her out was not an explosive or a sniper’s bullet, but the shrapnel of our obsession.

On that afternoon in 1997, her death crumbled my Irish wife who had bonded with a British princess over a bridge of empathy and tolerance — only to die on the curb in an alter of twisted German steel — a sacrifice to the God of Gossip, in a ritual that is being repeated today with her own son and his bride.

We are a shameful lot. No matter what the physiological reasons are, we must make a conscious effort to actively not care. Lives are at stake.

Winner of the Los Angeles Press Club's best blog award and a Southern California Journalism Award for his HollyBlogs, as well as an award for the Facebook group that helped to muscle the salvation of long-term care for the motion picture and television industry, Stellar's "vituperative blog on TheWrap" (Vanity Fair) focuses on issues related to the motion picture and entertainment industry. Stellar is founder of The Man/Kind Project, Inc., a 501(c)(3) corporation whose mission is to fight religious and cultural intolerance through the arts while building bridges of tolerance for all people. Stellar lives in Woodland Hills, California, with his wife of over 30 years, Nuala, and much too much Beatles memorabilia.
KEEP READING..