Prince Harry has scored an early win in an ongoing libel suit, after a judge ruled on Friday that parts of an article from the Daily Mail on Sunday were defamatory to the royal.

The Duke of Sussex is suing Associated Newspapers Limited (ANL), the owner of Mail on Sunday, after the tabloid released a story earlier this year criticizing a separate legal dispute he had filed against the UK’s Home Office, regarding the security arrangements made for him when he and his wife, Meghan Markle, along with their kids, visit the country.

The article was extensively titled: “Exclusive: How Prince Harry tried to keep his legal fight with the government over police bodyguards a secret… then – just minutes after the story broke – his PR machine tried to put a positive spin on the dispute.”

In the article, The Mail on Sunday says Prince Harry’s “spin-doctors” gave journalists information that “led to inaccurate reports across the media,” and leveled claims “that aides acting for Harry sought to confuse the mainstream media’s response to the story, ironic given the Prince now has a role with a Silicon Valley firm tackling ‘misinformation’ online.”

Prince Harry’s lawyers successfully argued that the article was defamatory and with that decision, his overall libel claim could be on track to a court trial. In his libel suit, Harry has asked for aggravated damages, an injunction prohibiting the publication from re-publishing the claims and an order that the Mail on Sunday must publish the final judgment. 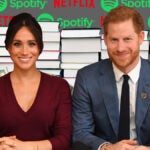 Also Read:
Prince Harry and Meghan Inc.: What Every Major Deal Since Quitting the Royal Family Is Worth
x