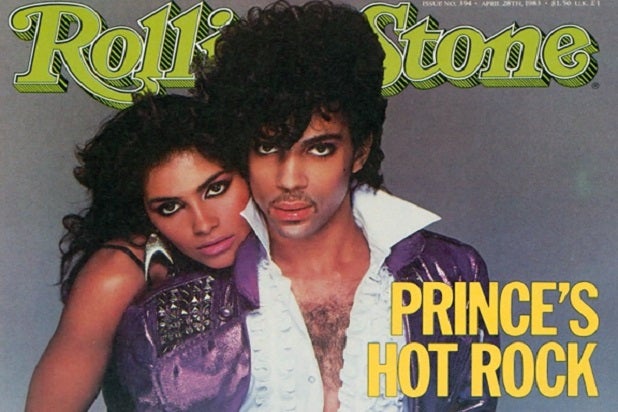 Vanity, a former protege of Prince’s and a member of Vanity 6, has died at age 57, TMZ reports.

According to the website, the singer — born Denise Katrina Matthews — had long suffered from kidney failure and recently battled abdominal illness.

Matthews died in a Fremont, California, hospital on Monday, according to TMZ. Last year the singer put up a GoFundMe page, stating that she was diagnosed with an inflammation of the small intestines called sclerosis encapsulating peritonitis.

Born in Canada, Matthews initially focused on modeling. Moving on to music, she sang lead for Vanity 6 from 1981 until 1983, during which time the group scored the hit “Nasty Girl.” Her music career also encompassed two solo albums, along with the hits “Pretty Mess” and “Under the Influence.”

In addition to music, Matthews also enjoyed a successful acting career, with roles in films “The Last Dragon,” “52 Pick-Up” and “Action Jackson.”

Matthews struggled with drug abuse, which took its toll on her health. At one point she suffered renal failure and, according to a Jet feature on the singer, required peritoneal dialysis five times a day.

Following a 1994 crack cocaine overdose that left her with near-renal failure, Matthews renounced her stage name and became a born-again Christian, at one point saying, “When I came to the Lord Jesus Christ, I threw out about 1,000 tapes of mine — every interview, every tape, every video. Everything.” Following a 1997 kidney transplant, she devoted herself to evangelism, speaking at churches.

Matthews released an autobiography, “Blame It on Vanity,” in 2010.

SADDEN my FRIEND IN CHRIST gone 2day. Vanity, Denise Matthews. MISS YOU DEARLY. U ARE IN HIS ARMS NOW, NO Pain pic.twitter.com/UbCWtl8brc

Musician  Sheila E. also paid tribute to Matthews, tweeting, “U ARE IN HIS ARMS NOW, NO Pain.”