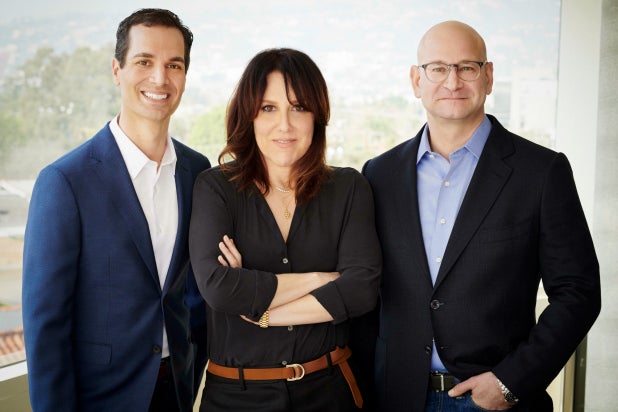 Principal Communications Group has partnered with Edgeworth Security to launch a new company that promises to help public individuals and companies in the media and entertainment industry avoid trouble for potentially problematic past actions.

In a press release, the company is described as a modern strategic communications solution for media, distribution, content creation entities and creative individuals living within the public eye and under the scrutiny of the digital age.

“We are a research firm on steroids,” Principal Communications partners Melissa Zuckerman and Paul Pflug said. “Our business model has always been that the cover up is worse that the crime. Our goal is to be an industry partner, we’re hoping to be part of the solution.”

Also Read: Patton Oswalt Defused a Twitter Fight With a Trump Fan With a Surprise Act of Kindness

The longtime execs hope Foresight Solutions will fill what they see as a void in the media and entertainment industry where celebrities and prominent figures are increasingly criticized for controversial past actions and social media posts that resurface.

The plan would be to avoid situations like director James Gunn being fired for offensive old tweets, comedian Kevin Hart stepping down as Oscars host because of offensive old jokes and comments, and similar situations.

Foresight would ideally be able to recognize those issues before they arise, present a plan of handling them and then offer a process for how to learn from the mistake.

The company, however, would not work with clients actively trying to avert attention from crimes or discriminatory acts, Zuckerman and Pflug said.

Foresight will use its public relations expertise gained from Principal Communications and a proprietary cyber intelligence platform to provide clients with sophisticated research and knowledge on potential threats to their reputation and ongoing issues facing companies and individuals. The company plans to then use that information to give clients solutions to problems that could otherwise sink a stock price or shutter a billion-dollar franchise.

Foresight’s cyber intelligence team, powered by Edgeworth Security, comprises a variety of subject matter experts from the cyber industry to include former federal law enforcement and government intelligence analysts. Foresight will use a balance of analytical expertise and advanced cyber tools.

Foresight’s analysts will be able to review data in over 200 languages remove illegitimate or security risk information from online sources and scour not only social media, but dark web data sources, including all available criminal records and activity, known associates of interest, financial standings, public relations risks or considerations, business dealings, group or foundation interests or participation.

Principal Communications will continue operations under the direction of its partners Pflug, Zuckerman and Hans-Dieter Kopal.

Foresight was advised by leading attorney Ivy Kagan Bierman, a partner at Loeb & Loeb, who is an expert in entertainment and related companies in labor, production, distribution and technology.