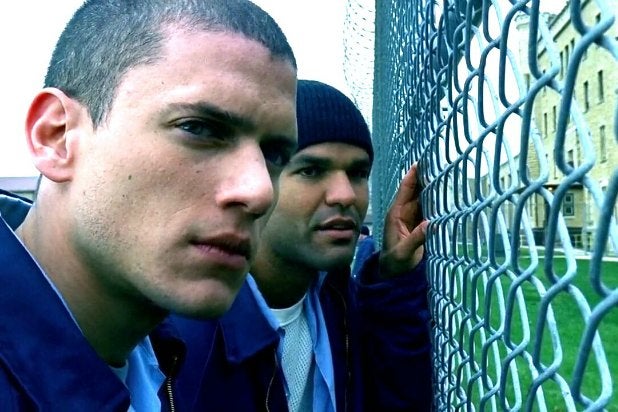 Eight years after being canceled, “Prison Break” returns to give us slight arrhythmias and mini panic attacks as we sit on edge hoping Michael Scofield (Wentworth Miller) and Lincoln Burrows (Dominic Purcell) make it out of whatever ingenious escape plan they’ve masterminded.

But because it’s been eight freakin’ years, some of us (most of us) don’t really remember what happened in the 2010 finale movie, “Prison Break: The Final Break.” So let’s rewind a bit.

Yes, Michael is dead. Or was dead. We don’t really know what happened there, because the last scene of the finale implied that homeboy was dead, but here we are almost a decade later with a new “Prison Break” mini series where Scofield is still alive.

So in the finale, Sara Tancredi/Scofield (Sarah Wayne Callies) was imprisoned for murder. She didn’t really kill anyone in cold blood — it was definitely self defense — but because this is “Prison Break,” evidence was altered to make it look like she shot someone just for the fun of it. You’ll remember the series began the same way, but with Michael’s brother Lincoln getting the frame job back them.

So Sara is in prison and there’s a bounty on her head, meaning that people are trying to kill her on the inside. Oh and she’s also pregnant with Michael’s baby. Michael creates a plan to break her out of prison. Because this show is called “Prison Break.”

A lot of complicated stuff happens during the elaborate break out scheme and it comes to the point that Michael has to be left behind. Apparently, one of the devices he got to open an electronic door that would be their path to freedom didn’t work so he has to create a power surge manually. Sara of course doesn’t want to leave him, but he assures her that this is the only way and that he’ll meet her soon.

He’s lying, though, because in order to create the power surge he pretty much electrocutes himself. Of course, Michael was going to die anyway because he secretly had a tumor that he hadn’t told anybody about.

So Sara runs and meets up with Lincoln and the two escape on a boat. Alexander Mahone (William Fichtner) hands the two a DVD where Michael is shown revealing that he has a tumor and wouldn’t have lived anyways and asks Lincoln to look out for his son.

This is the text from his video:

“Well, if you’re watching this, I’m glad, because it means you’re safe. And that’s all I ever wanted. I wish I could be there with you, but as you probably know now, I wouldn’t have had much time anyway. So I made my choice, and I don’t regret it. Anyway, not too long from now there’s going to be another little Scofield running around. And Linc–I want you to promise me, no matter what, they’re going to grow up knowing their uncle is never far away. And Sara, I want you to promise me that you’re going to keep an eye on Linc. As you may have noticed, he has a tendency to get in trouble. You know, we spend so much of our lives not saying the things we want to say. The things we should say. We speak in code and we send little messages, origami. So now, plainly, simply… I want to say that I love you both… very much. And I want you to promise me that you’re going to tell my child… that you’re going to tell my child how much they’re loved every day. And remind them how lucky they are to be free. Because we are. We’re free now. Finally. We’re free.”

The “Prison Break” revival (which premiered April 4 on Fox) picks up years later. Everybody thinks Michael is dead,  but (spoilers, I guess) he actually isn’t. But he is in prison again. To find out how he’s alive and why the gang is going to have to pull its fourth prison break, you’re gonna have to watch the show.

We piece together the flashbacks so you don’t have to

The trouble with FX’s new “X-Men”-adjacent superhero show, “Legion,” is that it’s never clear what’s real and what isn’t. That makes it tough to keep track of the timeline of the show. With protagonist David (Dan Stevens) hopping around in time between flashbacks and the present, even he isn’t sure when things happened, or if they happened at all. Here’s a list of all the events that happen in “Legion” in order, as near as we can tell, the sixth episode. Spoilers!