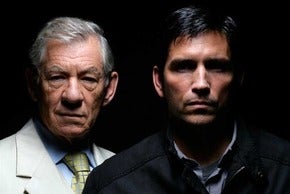 AMC’s three-part miniseries remake of classic U.K. series "The Prisoner" got off to a solid if unspectacular start Sunday, drawing 2.2 million viewers.

The total is only slightly off the season-average pace of AMC’s signature series, "Mad Men," which averaged 2.3 million viewers for its just-completed third season.