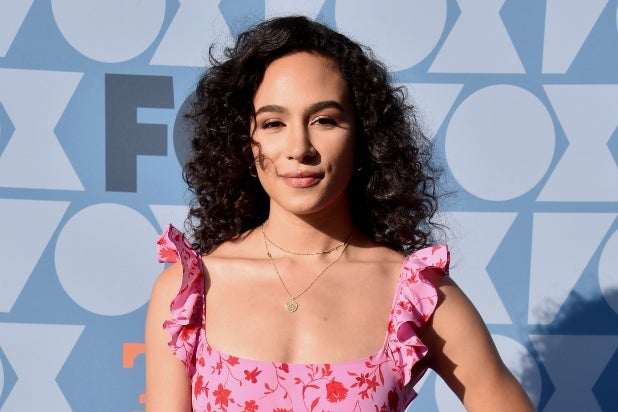 “Prodigal Son” and “When They See Us” actress Aurora Perrineau explained why she doesn’t accept roles written for Latina women in an interview with SiriusXM host Clay Cane.

Asked whether it’s been her experience that casting directors view her only as black rather than mixed-race, Perrineau responded, “Everyone thinks I’m Latina.”

“I think in the casting world it’s like, they want to know, ‘Are you black? Are you Latina? Are you white?’ They want to have this clear thing, because they think that audiences won’t understand how ethnically ambiguous the world is,” she said.

“So I get Latina a lot, which, obviously I’m not going to take on a role of a Latina woman, because I’m not Latina and that’s not the right thing to do,” she continued. “So I make it very clear that I’m not, and I normally don’t get the job, but I think it’s important for everyone to have representation and you shouldn’t be taking representation from someone else.”

Perrineau also responded to Cane’s question as to what her dream role is.

“It’s interesting because people ask me that and I’m always like, any role ever that Denzel Washington has done. And then people are like, yeah but he’s a man. I’m like, okay so what?” she said.

“I think it’s more — I think of actors in their careers. Like, the Christian Bales, those kind of characters. Because you know, they write better for men sometimes, and that just is what it is,” she continued. “The writing is better, it’s stronger because they’re not thinking like, ‘Oh would a woman do something that’s this quote-un-quote masculine?’ which what does that mean anyway? And a lot of times it’s tougher, it’s more dynamic — because a lot of the writers are men, so they’re writing off of what they know. So, how they see women is not how women actually are sometimes.”

The daughter of “Lost” actor Harold Perrineau, Cane also asked Aurora whether having a father who was already an established actor helped her get a leg up.

“I think the door to getting an agent was definitely open. Now getting a job, no,” she said. “I would go in as a really young actress and people would be like, ‘Oh, your dad’s incredible, let’s see if you can do the same.'”

She continued, “The thing that didn’t change is that he’s a black man. I’m a black woman. You’ve got to work 800 times harder, because people don’t want to give you a job. They want to give a job to someone else. They want you to prove yourself so much more than maybe some of your other counter parts.”