Director, producer and screenwriter Joseph Strick died Tuesday of congestive heart failure in Val de Grace hospital in Paris, France, according to his son David. He was 86.

Strick was known for his efforts to bring modern literature to the big screen, although his start in movies wouldn’t necessarily lead one to expect that. 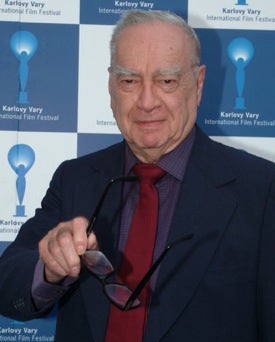 He learned filmmaking while serving as a cameraman in the U.S. Air Force during World War II.

In 1948, he directed “Muscle Beach,” which he produced with Irving Lerner. The documentary short depicts the bodybuilders who populated that Southern California area.

After making a few more shorts and documentary-style films, in 1963 he directed and produced “The Balcony,” which he adapted (with Ben Maddow) from the Jean Genet novel. The cast included Shelley Winters, Peter Falk, Lee Grant, Ruby Dee and Leonard Nimoy.

In 1967, he adapted James Joyce’s “Ulysses,” co-writing with Fred Haines.

Sight and Sound, published by the British Film Institute, quoted Strick as saying that his father bought a copy of “Ulysses” in Paris in 1929, when it was banned in the U.S. Strick said during his childhood in Philadelphia, "It was around the house as a holy cultural artifact. People would come over and argue about it, not having read it. My father was a controversialist.

"It’s written like a movie," he felt immediately. "I still maintain it’s a screenplay."

However, both book and film versions contained language that caused them problems. In New Zealand, for example, the film was only allowed to be shown to sex-segregated audiences.

Strick’s later films included adaptations of Henry Miller’s "Tropic of Cancer" (1970) and Joyce’s "Portrait of the Artist as a Young Man" (1977).

He also produced the documentary "Interviews WIth My Lai Veterans," released in 1971.

His first wife, writer Anne Strick, was the niece of Herbert Biberman, one of the Hollywood Ten.

Strick contributed to the Winter 1970 issue of "Film Culture," edited by Gordon Hitchens. The double issue was called “Hollywood on Trial” and focused on the blacklist. Other contributors included Dalton Trumbo, Alvah Bessie and Abraham Polonsky.

His films “The Savage Eye” (1960, with Ben Maddow and Sidney Meyers), “Interviews With My Lai Veterans” (1970) and “Muscle Beach” (1948, with Irving Lerner) have been preserved by the Motion Picture Academy’s Film Archive.

In 1977 he used six-axis motion simulators as entertainment systems, which became the basis of the "Star Tours" ride in Disney theme parks.

He is survived by his current wife Martene and five children: David, Jeremy, Betsy, Terrence and Helene.