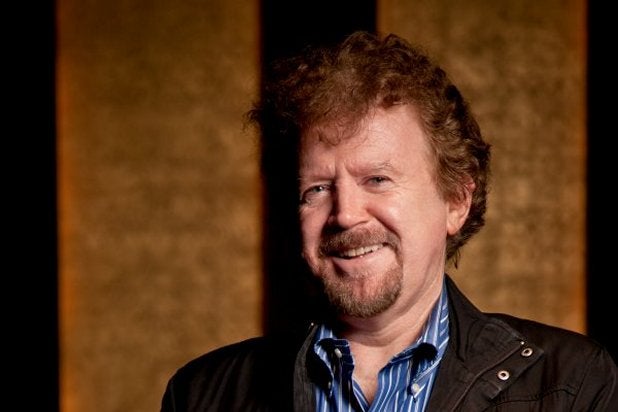 Actor Anthony Edwards published a statement Friday accusing producer Gary Goddard, whom he first met at the age of 12, of sexual molestation over a multi-year period. But even before those allegations emerged — and prior to a previous accusation in 2014 — Goddard’s big-ticket Broadway 4D project, which would have brought newfound technological bells and whistles to the stage, had apparently stalled out.

Goddard announced Broadway 4D in March 2012, which was described in a 2013 press release as “a 3-D film-enhanced show incorporating in-theater special effects,” but it went off the rails in 2014 due to financial and theater renovation issues, according to an October report from Broadway World.

Goddard and partners had inked a 49-year lease with New 42nd Street to restore the long-abandoned Times Square Theatre as a venue for its new theatrical vision, built elaborate sets, and hired big name actors like Hugh Jackman and Christina Aguilera, the latter of whom was brought on to sing the iconic “Don’t Cry for Me Argentina” song from “Evita.”

Also Read: Anthony Edwards Says He Was Molested by Producer Gary Goddard as a Child

Alas, Goddard and partner Robert Kory closed up shop in the middle of that year, with Broadway 4D resurfacing a year later when Elie Samaha and Donald Kushner, who had renovated Grauman’s Chinese Theatre in Hollywood, put out a statement announcing that they had acquired the assets. But there’s been radio silence since, even though the director brought in to oversee Broadway 4D’s creative decisions still believes it would have been a worthwhile endeavor.

“I was certainly enthusiastic about it,” Richard Maltby, Jr. told Broadway World. “I think it is a lovely tribute to Broadway. Those iconic numbers. It wouldn’t take ticket buyers from ‘Wicked,’ it would inspire people to see ‘Wicked.’ People would develop a love of musicals from watching this film. Broadway is about not only the shows that are there now, but everything before. This film is a tribute to that.”