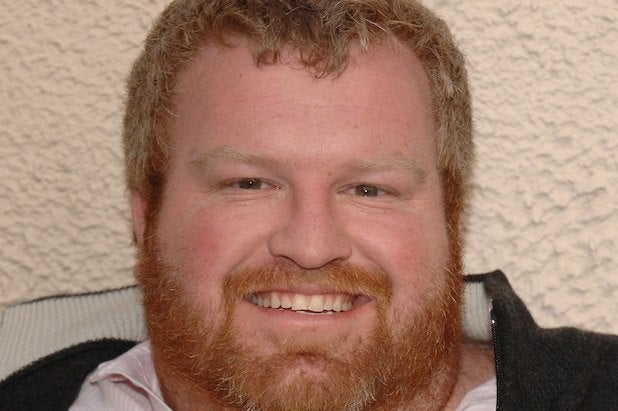 ABC has released a clip from tonight’s episode of “The Goldbergs” featuring Hollywood producer J.C. Spink (“We’re the Millers”) as a bus driver who yells at a younger version of himself.

“The Goldbergs” is semi-autobiographical sitcom created by Adam F. Goldberg (“Fanboys”), who grew up with Spink in Pennsylvania and was bullied by him as a kid. Both went on to hit it big in showbiz, though Spink doesn’t remember torturing the writer.

Goldberg asked Spink if he could use his name for the episode and gave his ex-bully a cameo as a school bus driver who tells his unruly passengers to take their seats.

The episode finds Adam (Sean Giambrone) bullied by a teenage Spink (Cooper Roth) who calls him “Adam Goldnerd” and lands a spitball on his glasses.

Spink served as an executive producer on the “Hangover” trilogy and recently produced the horror-comedy “Zombeavers,” which will premiere next month at the Tribeca Film Festival after its trailer garnered 2 million views on YouTube.