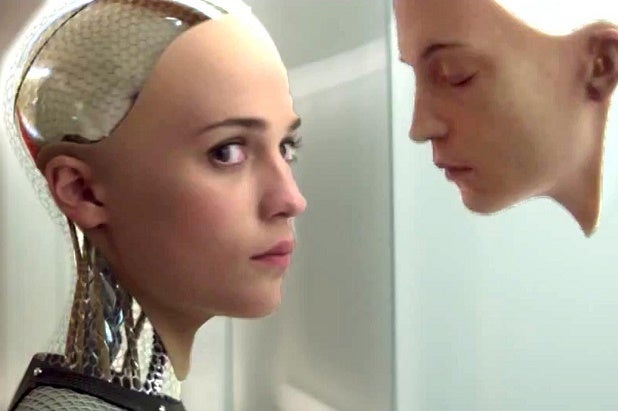 The Producers Guild of America has nominated “Mad Max: Fury Road,” “The Martian,” “Ex Machina,” “The Revenant” and “Straight Outta Compton” for their top film award of 2015, but “Star Wars: The Force Awakens” did not make the cut with the PGA.

Other nominees are “Spotlight,” “Bridge of Spies,” “Brooklyn,” “The Big Short” and “Sicario.”

The indie films “Room” and “Carol” were also left off the list of nominees, dealing a slight blow to two films with high hopes for Oscar recognition. Both are considered likelier Best Picture nominees than “Star Wars,” whose failure to be nominated by the blockbuster-friendly producers does not bode well for its reception by the Academy.

Of the films that were nominated, “Ex Machina” and “Sicario” were the big surprises, helping to fill out a lineup long on muscular filmmaking. “Spotlight” and “Brooklyn” were left to represent the smaller indie productions that in recent years have often dominated the awards picture.

The Producers Guild also vets producers for eligibility, with the Academy typically accepting the Guild’s recommendations about which producers are eligible for nominations and awards. In this year’s crop, Arnon Milchan was not credited with a nomination for “The Big Short,” though he is listed as a producer in Paramount Pictures’ “for your consideration” ads and on screeners — but Milchan is nominated as one of the producers of “The Revenant,” which has an unusual five nominated producers.

Steve Golin is the only producer to have two feature-film nominations, for “Spotlight” and “The Revenant.”

Other nominees include Brad Pitt for “The Big Short” and Ice Cube and Dr. Dre for “Straight Outta Compton.”

The PGA also announced its nominees in the animated-feature category, where the Pixar films “Inside Out” and “The Good Dinosaur” will be going up against “Anomalisa,” “Minions” and “The Peanuts Movie.”

The Guild also nominated in the sports and digital series categories. Previously, it had announced its nominees for episodic television, non-fiction television and documentary features.

The Producers Guild Awards typically do a good job of showing which films have the best shot at landing Oscar nominations, though the Guild and the Academy never completely agree.

Of the 55 Oscar nominees since then, 48 have first received PGA noms — and every Oscar Best Picture winner has previously won the Producers Guild Award. (Oscar champ “12 Years a Slave” tied with “Gravity” at the PGA.)

Also Read: How Many Votes Does It Take to Get an Oscar Nomination?

For the most part, films that receive a PGA nomination but not an Oscar nod tend to be entertaining, mainstream movies: “Bridesmaids,” “Star Trek,” “Skyfall,” “Saving Mr. Banks” and “The Town,” among others. Last year, though, only one of the three PGA nominees that didn’t make the cut with AMPAS, “Gone Girl,” fit that description; the others were “Foxcatcher” and “Nightcrawler.”

The Producers Guild Award itself is a particularly valuable Oscar predictor, because the PGA is the only other awards body to use the Academy’s preferential system of counting Best Picture ballots.

This year’s awards ceremony will take place on Jan. 23 in Los Angeles and will be closely watched for a key to a topsy-turvy awards season.

“Inside Out”
Producer: Jonas Rivera

The Award for Outstanding Sports Program:
“Back on Board: Greg Louganis”
“E:60”
“Hard Knocks: Training Camp with the Houston Texans”
“Kareem: Minority of One”
“Real Sports with Bryant Gumbel”

The Award for Outstanding Digital Series:
“30 for 30 Shorts”
“Comedians in Cars Getting Coffee”
“Epic Rap Battles of History”
“Marvel’s Agents of S.H.I.E.L.D.: Double Agent”
“This American Life Presents: Videos 4 U”

While some get their first nominations, other actors and networks get left out entirely

Despite being a major critical and box office success, Matt Damon failed to get a nomination for his performance as astronaut Mark Watney in "The Martian."