The film’s star, Tahar Rahim, was named both Best Actor and Most Promising Actor for his role as a young convict who navigates the gang world inside a prison to which he’s sent. He is the first actor to ever win two Cesars in a single night.

“Up Prophete” was France’s official entry in the Oscars’ Foreign-Language Film race, where it was nominated alongside “The White Ribbon” (Germany), “Ajami” (Israel), “El Secreto de Sus Ojos” (Argentina) and “The Milk of Sorrow” (Peru). 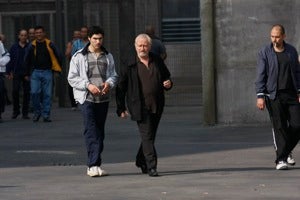