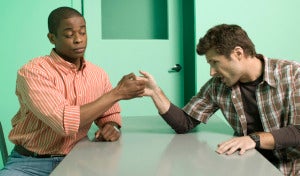 USA Network has confirmed that hourlong series “Psych” has been renewed for a fifth season, with the network making a 16-episode order.

The buddy comedy starring James Roday and Dule Hill, and produced by Universal Cable Productions, will likely return to the USA schedule in late January, with the second leg of the fourth season running Fridays at 10 p.m.

The fifth season will debut next summer.