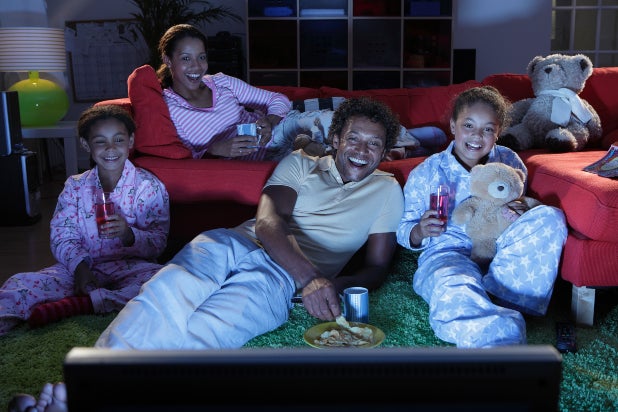 Amid quarantined families being stuck inside together, the Parents Television Council has petitioned the five major broadcast networks to reestablish the “Family Hour” programming block that would allow for children to watch educational programming.

“Broadcasting remains the most uniquely pervasive form of electronic media, reaching almost every American without the need of a subscription fee or internet connection.  Many families are facing a sudden financial hardship because of the coronavirus’ economic impact on jobs.  As a result, many families may no longer be able to afford expensive cable, satellite or streaming services,” PTC President Tim Winter wrote in a letter to network heads.

The Family Viewing Hour was established by the FCC in 1975, which stipulated that each broadcast network had to reserve the first hour of primetime (8 p.m. ET) for “family-friendly” programming. It lasted only two years before being abolished in 1977.

Here’s the full letter from Winter:

“During this most extraordinary time in our nation’s history, each of you is uniquely positioned to be a positive and powerful resource for every child, and every family, in America.  I respectfully but urgently call on the five of you, individually or perhaps even collectively, to use the massive reach of your broadcast signals in greater service to the public interest.
“With millions of families quarantined at home and spending more time with TV, the broadcast networks should move immediately to reestablish their historical bond with families, rather than abdicating it to streaming and social media platforms.  Failure to do so not only would result in an irreparably lost opportunity to help our nation at its most critical time of need; it may in fact be the tipping point that guarantees the future irrelevancy of your business.
“First, please consider the immediate restoration of the ‘Family Hour’ to your nightly schedule.  For decades, millions of families would watch programming during the 8:00 p.m. – 9:00 p.m. hour with content that was appropriate for all ages.  While the narrative we often hear from Family Hour naysayers is that families no longer watch television together, that narrative no longer applies.  I call on you to provide content that entertains as it uplifts and inspires; and to eschew the ubiquitous edgy, dark and provocative fare.  Do we really need more darkness right now?  Besides, for those who want it, they have an ocean of streaming darkness to swim in.
“Second, please consider establishing a block of time every single day when kids can watch educational/informational (designated E/I) programming.  There have been recent reports of local broadcast stations partnering with local school districts to provide school curricula, such as WTTG in Washington, DC.  Follow their lead and scale it nationally!  There is a vast library of educational and informational programming that could immediately replace the chair-throwing, paternity-denying, incest-normalizing, philanderer-celebrating, bleep-filled daytime strips.
“Broadcasting remains the most uniquely pervasive form of electronic media, reaching almost every American without the need of a subscription fee or internet connection.  Many families are facing a sudden financial hardship because of the coronavirus’ economic impact on jobs.  As a result, many families may no longer be able to afford expensive cable, satellite or streaming services.
“Families that are quarantined still need and desire access to safe and quality educational programming for their families, and adding these dedicated blocks to your network schedule would a) truly serve its audience during an unprecedented time in history; b) give access to quality educational programming that is desperately needed by millions of families, particularly those in dire financial situations, and c) rebuild a level of trust and reliance on broadcast TV when competition with cable and streaming is increasingly fierce.
“Your networks have demonstrated their daily commitment to the public interest with extraordinary, even heroic, broadcast journalism.  I ask you to redouble that commitment and adopt not only the recommendations listed above, but other solutions that your creative teams might envision.

“Please, give families a reason to return to – and even embrace – broadcast TV again.”